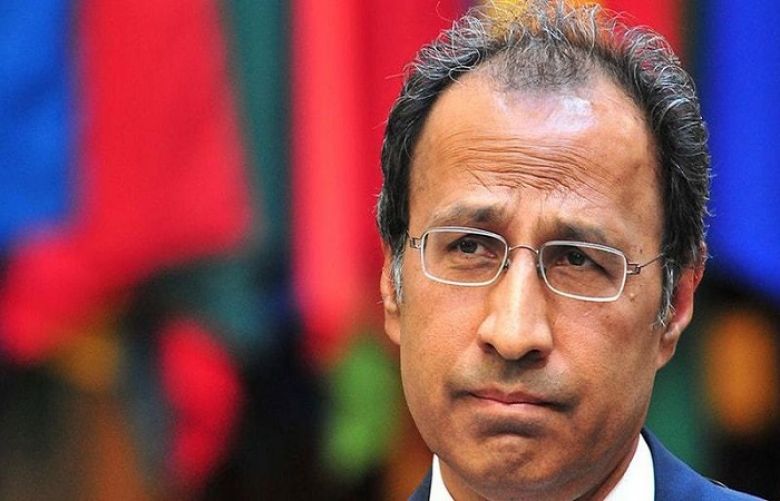 Adviser to Prime Minister on Finance and Revenues Abdul Dr Abdul Hafeez Shaikh Tuesday said that the government would not impose any new taxes in the upcoming budget for the fiscal year 2020-21 to facilitate the industry and help check contraction of economy.

Talking to a private news channel, he said that no new taxes would be introduced in the upcoming budget and we will not take any tax measure that overburdens our industry.

The adviser said that in current times when global economy was badly affected by COVID-19 (Coronavirus) pandemic, there was need to help expand economy, instead of enhancing tax rates. He said that the government would rather provide incentives to the sectors that could create more job opportunities and the sectors that generate activities in many related industries to have multiple economic effect.

Hafeez Shaikh cited the example of construction sector, for which the government had already announced a relief package to boost economic activities and provide employment opportunities.

“Government would also zero rate different tariffs, while the existing export incentives would not only be kept in tack, but would be further enhanced,” the adviser said and added the government in the upcoming budget would also decrease various duties on import of raw materials to reduce the cost of doing business.

He said that efforts would be made to maintain the subsidies provided in the corona period to ensure liquidity to commercial and industrial units through various initiatives. However, the adviser stressed the need for enhancing non-tax revenues, adding that during the current fiscal year, the country had surpassed the Rs1.1 trillion collection target of non-tax revenues.

To a question, he said that due to the contraction of global economy, the exports from the country would definitely suffer. He feared that in the current global consumption crisis, if the external demand reduces, the country’s exports would not increase as needed despite government initiatives and efforts at domestic level.

IMF predicted that the global GDP would contract at least by 3%, hence export demand would be reduced, so we have to work hard in days to come, he added.

Shaikh said that the government, through fiscal stimulus package, was providing liquidity to people and SMEs sector and had been providing Rs144 billion to the affected people through its Ehsaas programme, out of which Rs90 billion have been already disbursed while it was procuring 8.3 million tons of wheat. He said that a transparent mechanism has been developed to ensure the amount reaches to the deserving people,

The adviser was of the view that when the liquidity comes in the hands of people, it generates demand and help keep the economic activity going on. To a question about remittances, he said that so far these were on tract and higher than the that of the corresponding period of last year, however during the last month, these witnessed about 6 percent decline.

He said that the Gulf countries, UK and USA, where overseas Pakistanis live and work, have been affected by the coronavirus pandemic, so the remittances would suffer.

Talking about the expenditure side, he said that government had well managed expenditures in the current fiscal year before the outbreak of the coronavirus as the primary balance was positive this year.

Hafeez Shaikh said that the government was expecting 7 percent fiscal deficit, however, since the tax collection has been affected and expenditures also went up due to coronavirus, so the deficit may cross 9 percent of GDP. However, he said that there were still two months left of the current fiscal year and the government was working hard to reduce it and keep it below 9 percent.

He said: “The privatization goals might not be met this year, however added that the government expected to generate $2to $3 billion after the pandemic is over adding that since country was having low storage capacity to take advantage of the low oil prices, so a strategy for hedging was being worked out to benefit the country.”