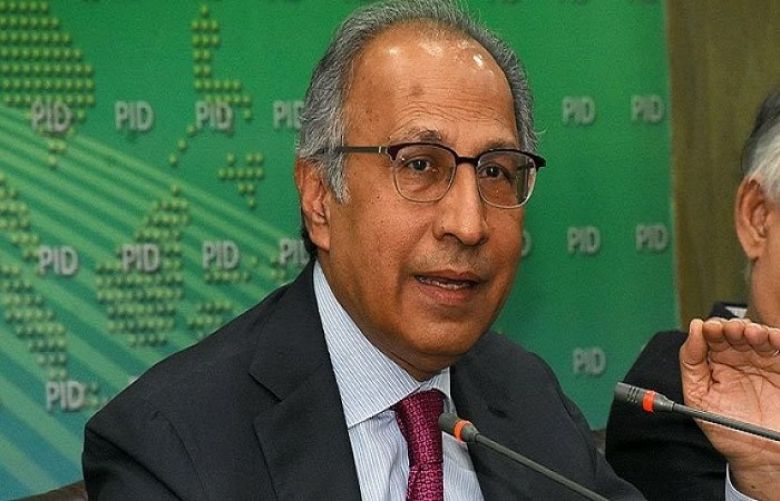 Advisor to the Prime Minister on Finance Abdul Hafeez Shaikh Tuesday said the government would pass on the benefit of reduced oil prices in the international market to the public and people would hear good news in this regard on May 1.

Speaking in a private television channel programme, he said the cost of energy and travel would decrease with the reduced oil prices in the international market and the government would be able to reduce the oil prices further.

He regretted that the coronavirus hit the country at a time when its economy was recovering. "The Pakistan Tehreek-e-Insaf (PTI) government had controlled its expenditures strictly. No loan was taken from the State Bank of Pakistan (SBP) and the defence budget was also frozen," he added.

The advisor said that the PTI government, soon after coming to power, had mobilised $17 billion to steer the country out of financial crisis. "Before the outbreak of the disease, the local currency had stabilised. However, the pandemic had hit our economy badly," he added.

The government had to impose lockdown, which reduced economic activities and the contraction of the global economy also reduced our exports, Hafeez Shaikh said.

He said the ongoing situation across globe would further affect Pak exports and remittances negatively. He noted that tax collection would suffer now, which was rising by 17% earlier and the government had collected Rs3,000 billion in taxes.

Relationship with the world financial institutions

He said Pakistan’s GDP growth was projected at 3%, but it might fall by 1 to 1.5%. However, he added, it was encouraging that our relationship with the world financial institutions had improved and the IMF and other lenders are showing flexibility in facilitating Pakistan.

Hafeez Shaikh said the sectors which would be focus of the government in post-corona era were info-tech and agriculture. He said that farmers’ income would rise due to the economic and agriculture package announced by the PTI government.

The advisor said that electricity prices were a big challenge for the government, but it facilitated people by postponing their bills for three months and bills of commercial consumers and small traders would be waived. He said Prime Minister Imran Khan was focussing on resolving the issue of independent power producers (IPPs).

The advisor said that the government would give relief and cash liquidity to business people and companies to overcome virus-related economic problems. He said the government was making all-out efforts to save companies from insolvency.

Shaikh added that new business schemes would be introduced and small and medium enterprises (SMEs) would be given bank loans at 1 to 3% interest rate. He said already industries and traders were being facilitated and the tax refunds were being cleared on fast-track basis.