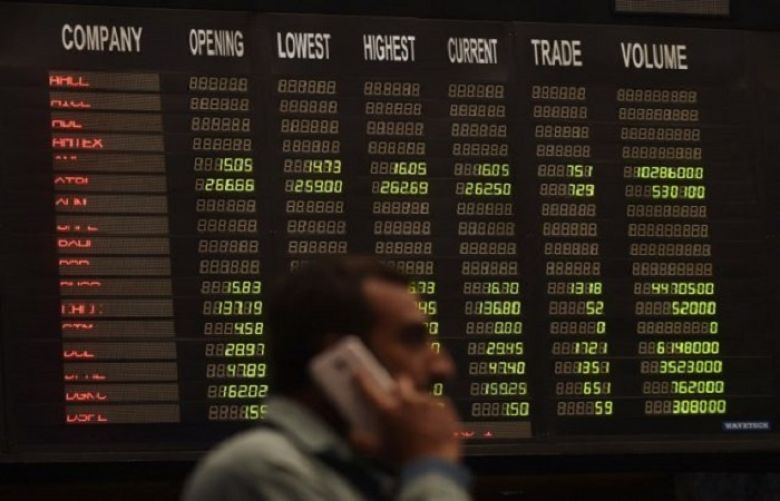 The bearish trend continued to prevail in the PSX, when the bells rang to kick off the trading day.

As per the weekly trading report issued by the PSX, a total of 670 million shares were traded, whereas the index saw the highest level of 41,630 points while the lowest was recorded at 40,046 points.

The value of shares traded during the day stood at Rs 6.810 billion as compared to Rs 5.864 billion during last trading day.

Total 355 companies’ transacted shares in the Stock Market on Thursday, out of which 47 recorded gain and 291 sustained losses whereas the share price of 17 companies remained unchanged.