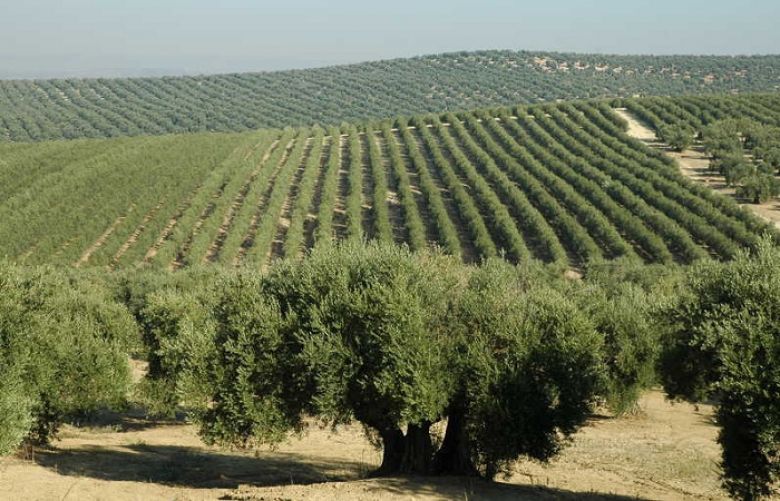 Pakistan is planning towards increasing the olive production and to take over the Spain.

Pakistan had ambitious plans for increasing its olive production and it had the potential to take over Spain as the biggest producer of olives in the years to come Under a project in Chakwal, the agriculture department of Punjab had almost planted more than one million trees on an area of 3200 hectares and 750 farmers of the district benefited from it.

According to Inamul Haq, an officer in Barani Agriculture Research Institute, the agriculture department of Punjab had launched the mega flagship programme to develop Potohar area into an olive valley in 2015-16.

The country had more land suitable for olive cultivation than Spain, currently the largest producer in the world.
Pakistan wanted to increase its olive production as a way to help its cash strapped economy.
Every year Pakistan imports olive oil worth US $2 billion, as country’s economy depended on agriculture still more attention was needed to solve Pakistan’s future crisis by coming out with new and revolutionary ideas.

In the last few years, a silent revolution had been underway and farmers in the Potohar region took to planting olive groves. This will help the farmers in the arid zone to come up with another source of revenue besides helping the country save billions of dollar spent on import of edible oil.

Olive tree was not only a great carbon sinker but could also stop land erosion.
According to an expert the olive plants would also mitigate the effects of climate change.
“The potential for olives in Pakistan is great. Not only will it put Pakistan on the map of olive producing and exporting countries, but it will also raise revenue for poor farmers,” he added.

A farmer in Chakwal Muhammad Bilawal said, “This crop is very fruitful and productive for farmers, especially for this region, which does not have many lakes and water resources.”

As the water resources of the country would shrink in future, new cultivation methods were needed and the farmers in Chakwal had realized that growing olives would not only help boost their income but would also protect the environment.