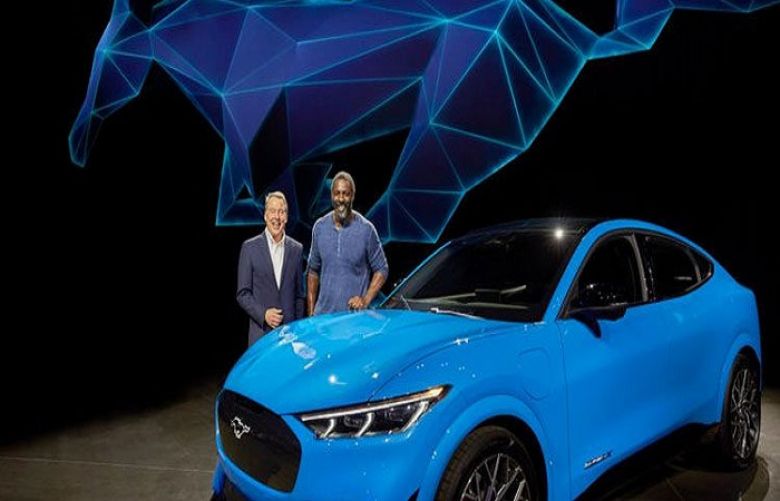 Ford has unveiled an all-electric Mustang that for the first time affixes the auto’s distinctive horse logo to a sport utility vehicle.

The new offering, presented over the weekend ahead of the Los Angeles car show, marks a catch-up move for Ford into the race towards electric following earlier models by Tesla, General Motors and others.

The push also aims to ensure the 55-year old vehicle’s relevance at a time when sedans are losing luster in the United States, although it is a shift that drew heckling from fans of a vehicle with considerable driving chops and a distinctive place in American culture.

“Ford didn’t have to call its new electrified Mach-E SUV a Mustang but it did and the world is a little sadder place because of it,” wrote Mike Sutton, senior online editor for “Car and Driver.”

The Mustang Mach-E, which will become available in late 2020, has a targeted range of at least 300 miles per charge and will, in a special performance version, have capacity to zip up to 60 miles an hour in under four seconds.

Building more electric cars is at the center of the auto industry’s medium- and long-term planning, although today’s fleets remain heavy on internal combustion engines.

The vehicle will be priced at around $45,000, but US tax credits for electric cars will trim that figure to around $35,000, making it competitive with Tesla’s Model 3 car.

“People what a car that’s thrilling to drive, that looks gorgeous and that can easily adapt to their lifestyle — and the Mustang Mach-E delivers all of this in unmatched style.”

The SUV has echoes from earlier Mustangs, including a long hood, the rear haunch design and “aggressive” headlights, according to a Ford description.

A note from Deutsche Bank praised the styling of the vehicle, predicting its “Mustang-inspired sleek silhouette and curves” would resonate with consumers and calling the launch a “successful first entry for Ford in the electric vehicle segment.”

Less enthused was Car and Driver’s Sutton, who questioned why Ford had not opted to call the Mach-E “Mustang-inspired” instead of actually dubbing it a Mustang.

“Calling the Mach-E a Mustang stings of corporate hubris and the pillaging of history,” he said.

“To every gearhead with at least some respect for the Mustang’s rowdy everyday performance, the sight of a galloping pony badge on a near-silent mall shuttle is cringe-worthy.”