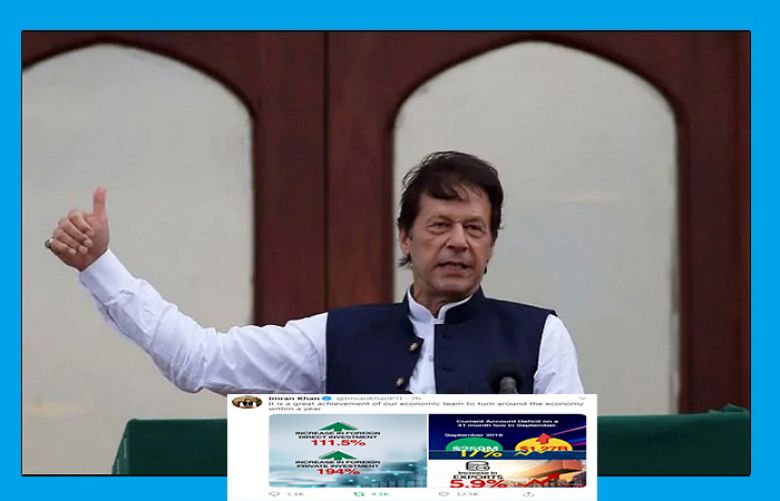 Prime Minister Imran Khan says it is a great achievement of his economic team to turn around the national economy within a year.

In a tweet with facts and figures, he said Foreign Direct Investment witnessed an increase of 111.5 per cent while Foreign Private Investment surged by 194 per cent during this period.
He said Current Account Deficit has gone down by 80 percent during the corresponding period while the remittances increased by 17 per cent.

It is a great achievement of our economic team to turn around the economy within a year pic.twitter.com/4j8za4uSMe

Similarly, exports registered an increase of 5.9 per cent over the last year while imports decreased by 18.6 per cent.