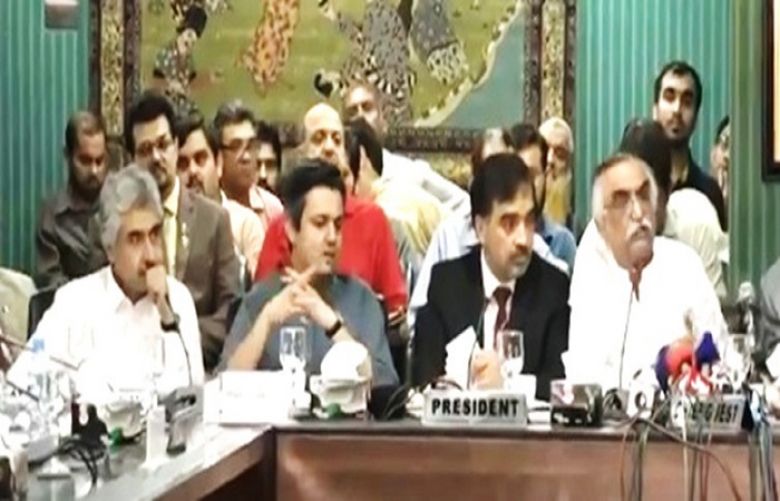 Minister of State for Revene Hammad Azhar says the government will take along the business community and all other stakeholders while introducing any procedural changes in tax rate mechanism.

Minister of State for Revene Hammad Azhar was talking to business community representatives at the Lahore Chamber of Commerce and Industry along with Chairman FBR Shabbar Zaidi.

He said the business community and industrialists would not be harassed by FBR officials.

He said the government is working to enhance the tax to GDP ratio upto three or four percent within next three to four years.

Hammad Azhar said their focus would remain on data integration, tax registration, automation and broadening of tax base.

FBR Chairman Shabbar Zaidi said they are putting in place effective measures to curb under-invoicing and smuggling to stabilize local industry and businesses.

He said FBR is now switching over to automation to eliminate human interaction in tax system.