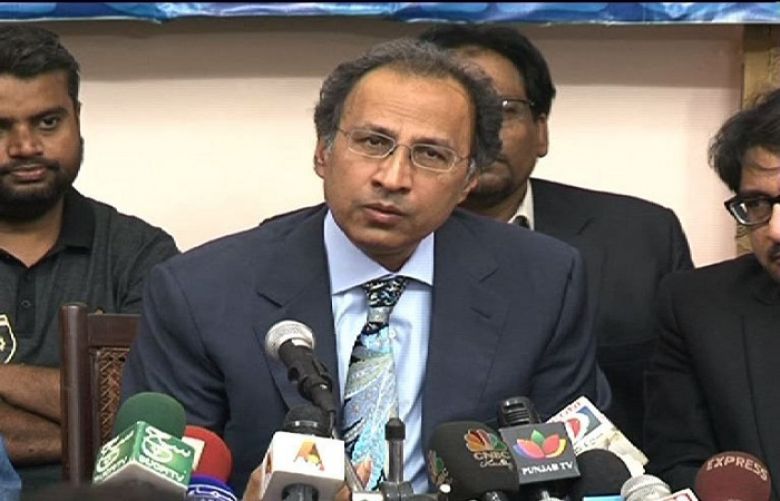 Finance Advisor Adul Hafeez Sheikh said it is important to trade with other countries for economic growth. He said subsidy for electricity is only for poor. He said IMF board will visit Pakistan on July 3 to review its program. He said exports must be increased to get economic booster.

Addressing a budget seminar, he hailed Pakistan Army’s decision to cut its expenditures to support country’s economy. He added that economy needs to meet a challenging tax target.

Finance czar said federation gets 2400 billion after NFC award. Tax and non tax revenues give 3600 billion to federation and 2900 billion are used to pay the loans. He said it is difficult to run the affairs of the country with remaining 700 billion.

He hoped that country would soon receive $6 billion by IMF, adding that interest rate on these loans is less than the market rate. He said people must not pay heed to the propaganda against IMF program. He added that those criticizing IMF program must present an alternative.

He said there should be no politics on IMF plan, adding that economic troubles need tough decisions.

Chairman FBR Shabbar Zaidi while addressing the seminar said tax target is being criticized, adding that Pakistan has potential to get this target. He said non tax payers are being brought into tax net.

He said efforts are underway to remove errors in tax system. He said data of non tax payers has been collected.

Zaidi said Industrial power consumers are 340,000 but less than 40,000 pay tax. He said Discretionary powers of FBR officers are abolished and a cell has been established for action against corrupt officers.