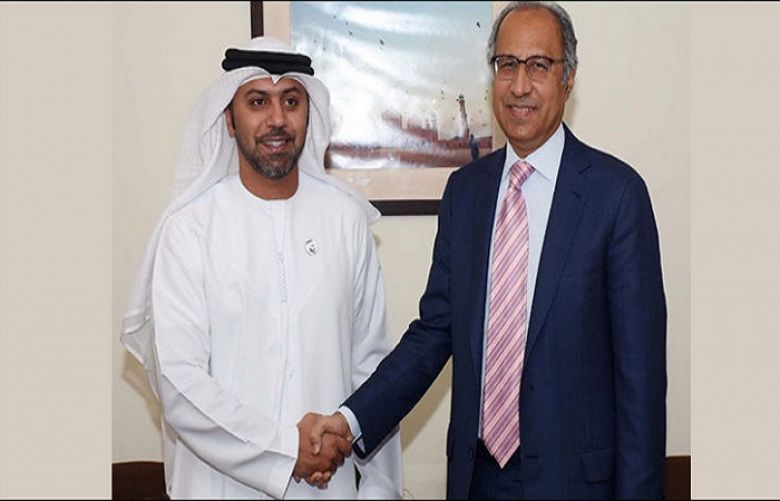 Both the leaders pledged to further enhance economic and trade relations between the two countries.

Talking to the envoy, Dr Abdul Hafeez Shaikh said, “Both the countries should realize full potential of their ties by encouraging the private sector to come and invest in Pakistan.”

He thanked the UAE government for providing financial support to Pakistan under the Abu Dhabi Fund for Development.

The UAE ambassador said that both Pakistan and UAE needed to work together to further upgrade their ties and develop strategic partnership.

He said that there are many companies in UAE which were keen to invest in Gwadar and they recently visited Pakistan for the purpose. The envoy reiterated UAE’s commitment to stand by Pakistan.

Earlier on March 12, the State Bank of Pakistan (SBP) had received one billion US dollar funds from the United Arab Emirates (UAE).

“So far, we have received total $2 billion from the UAE,” said the SBP spokesperson adding that in January this year Pakistan and the UAE had made an agreement with the Arab country on $3 billion support package.

Confirming the report of receiving of the aid, Advisor and Spokesperson Finance Division, Ministry of Finance, Khaqan Hassan Najeeb had said Pakistan had received $1 bn from the UAE to help further balance of payment, stability and ensure smooth international foreign payment obligations, while shoring up foreign exchange reserves.