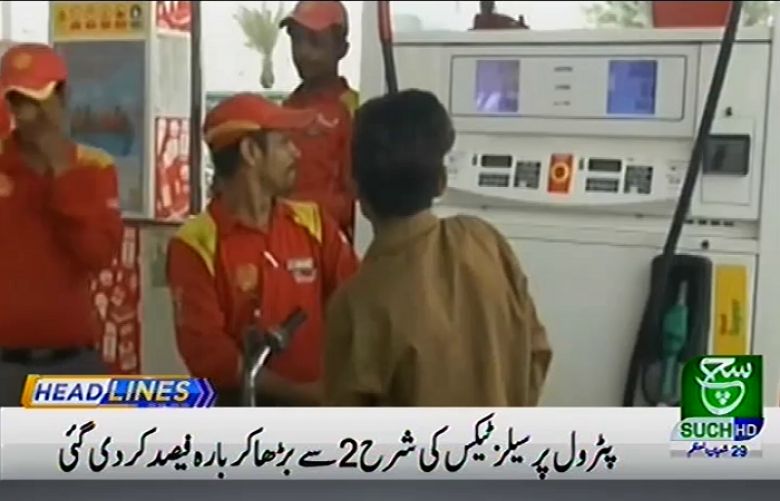 Federal Board of Revenue (FBR) on Sunday released the notification for an increase in prices of petroleum products.

The recent hike, which was taken into effect from May 5, was made following an increase into Goods and Services Tax (GST) from two per cent to 12 per cent on petrol, leading the new rates to Rs108 per litre.

On May 3, the Economic Coordination Committee (ECC) meeting here on Friday approved an increase in prices of petroleum products by as much as Rs. 9 per litre for the month of May.

With the increase, the per litre price of petrol would stand at Rs. 108. The meeting also approved the proposed increase in diesel price by Rs. 4.89 per litre, light diesel by Rs. 6.40 and kerosene by Rs. 7.46.

Prime Minister Imran Khan had moved the matter of petroleum prices to the ECC after Oil and Gas Regulatory Authority (OGRA) had recommended to increase petrol prices by over Rs. 14 per litre.

The decision was taken in the wake of an increase in the prices of crude oil in international market and currency devaluation.

Special Assistant to the Prime Minister on Information and Broadcasting Dr Firdous Ashiq Awan on April 30, had said Prime Minister Imran Khan had summoned another meeting to review OGRA recommendations regarding increase in petroleum prices for the month of May.

This she had stated while addressing a press conference along with Federal Minister for Water Resources Faisal Vawa at the PID, after conclusion of the federal cabinet meeting.