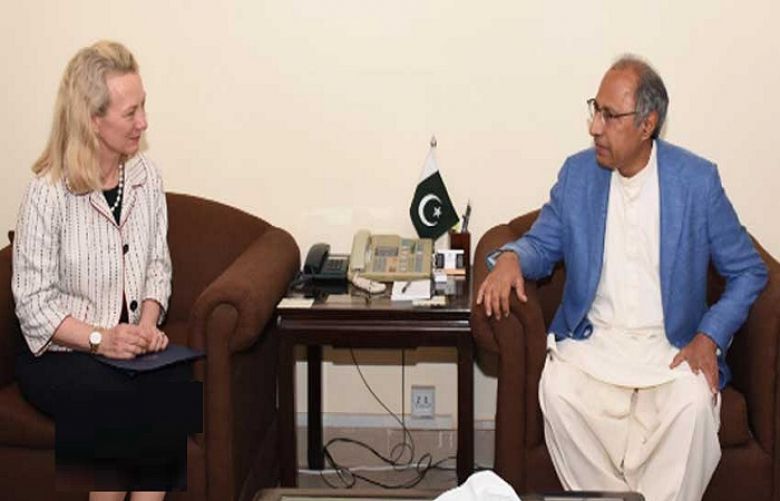 US Principal Deputy Assistant Secretary of State for South and Central Asian Affairs Alice Wells has said that the United States would support the policies aimed at bringing economic stability in Pakistan.

She was talking to Adviser to PM on Finance, Revenue and Economic Affairs, Dr Abdul Hafeez Shaikh along with a delegation.

Matters pertaining to promotion of economic and business relations between the two countries were discussed in the meeting.

The Adviser informed the delegation that Pakistan values its ties with US and both countries need to work to create an environment to move forward for the mutual benefits.

He referred to the sacrifices rendered by the people and Armed Forces of Pakistan while fighting the war on terror.

The Ambassador Wells lauded Pakistan’s efforts for promoting peace and stability in Afghanistan.