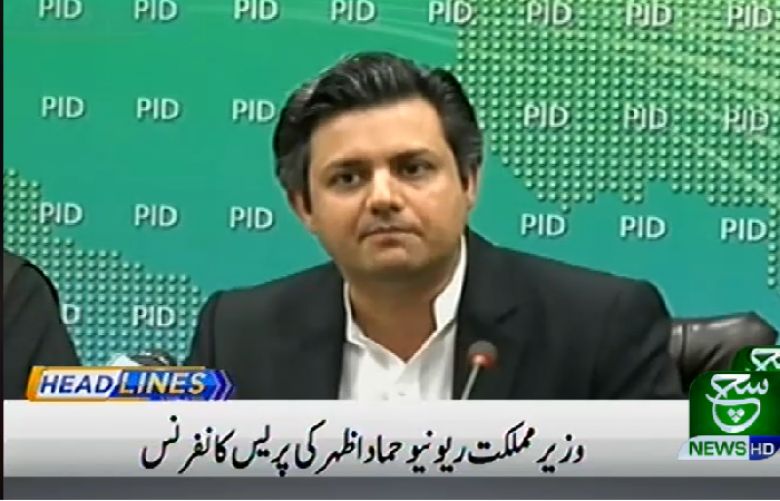 Minister of State for Revenue Hammad Azhar on Thursday said that Pakistan’s economic indicators were moving in positive trajectory.

Addressing a joint press confrence along with Minister for National Health Aamir Mehmood Kiani and Parliamentary Secretary Planning Kanwal Shauzab in Islamabad, Hammad Azhar said that due to meticulous steps taken by Pakistan Tehreek-e-Insaf (PTI) government, the economic indicators were moving in the right direction.

The minister said the government is correcting the course of economy that was destroyed in the previous government.

Rejecting the statistics given by former finance minister Ishaq Dar the other day, Hammad Azhar said the external debt was increasing at half a rate compared with PML-N government’s first eight months.

He said the foreign exchange reserves were increasing at a better pace than previously and added that inflation was increasing due to devaluation of currency.

The minister said that the current government was determined to bring it down.

Responding to a question, the minister said that modalities would be settled when International Monetary Fund (IMF) staff would visit Pakistan to finalize the package.