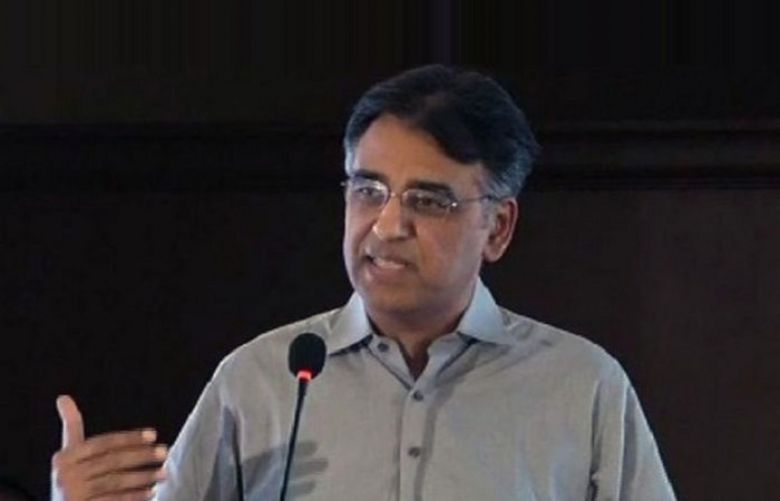 Finance Minister Asad Umar on Monday took a swipe at critics who accuse the government of having destabilised the economy with the weakening in the rupee-dollar exchange rate, saying the criticism was unfounded.

"The exchange rate is not a measure of a strong economy. At one point, the Pakistani rupee was stronger than the Japanese yen, even though the latter's per capita income was much higher than ours," he explained.

He also expressed his frustration with television anchors who have been critical of his policies, suggesting that business reporters "who have a much better understanding of the technicalities of the economy" sit with anchors and share their knowledge on how to report on economic matters.

Returning to the rupee's rapid slide, Umar said that past governments had "ruined" the economy by artificially maintaining the exchange rate, and insisted that the practice had needed to end.

He also regretted that "fake news reports are being circulated so that more investors park their money in foreign currency instead of stocks", leading to speculative pressure on the exchange rate.

The finance minister said that, instead of taking easy decisions influenced by "the news cycle or elections", the Pakistan Tehreek-i-Insaf (PTI) government wanted to devise policies that will strengthen the economy in the long term.

The PTI government, he said, inherited a "very sick patient" that had been taken out of the ICU [Intensive Care Unit]. The government, therefore had to take "emergency measures".

"The crisis is over. Now we are in the stabilisation process," he announced. Once the economy is stable, the country can move towards growth, he added.