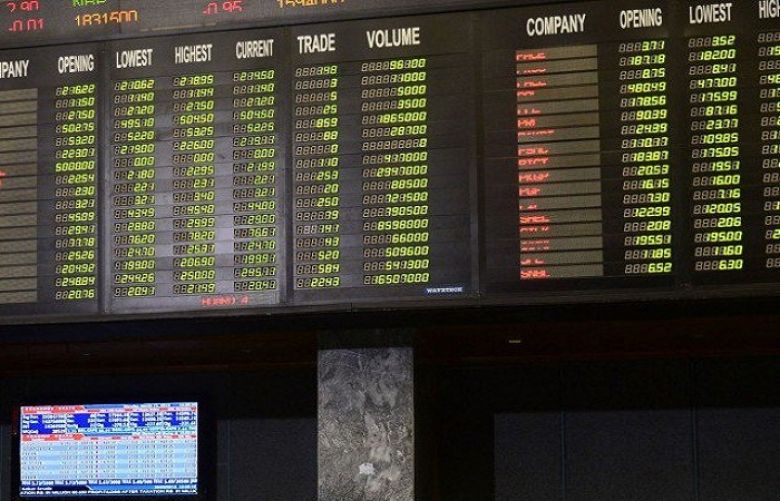 The KSE-100 index extended its bearish run on Wednesday and closed lower by 120 points amid a lack of positive triggers.

Earlier, trading began on a positive note and the index soared past 39,800 points in early hours. The increase, however, was short-lived as selling pressure emerged and persisted throughout the day.

Although the market made some recovery at regular intervals but it was soon wiped out. Despite the pressure at the bourse, the cement sector outperformed and closed the day in the black.

“The market started on a positive note but later traded sideways, eventually closing in the red zone, down 120 points at 39,568,” he said. “Volumes remained subdued and 81 million shares changed hands during the day.”

The Bank of Punjab (-0.5%) from the banking sector led the volumes with trading in more than 18 million shares.

On the news front, the federal finance secretary warned that Pakistan might face economic sanctions over delay in implementation of Financial Action Task Force’s (FATF) recommendations.

“Going forward, we expect the market to remain range bound and recommend investors to book profit on strength,” the analyst added.

Overall, trading volumes decreased to 81.4 million shares compared with Tuesday’s tally of 163.9 million. The value of shares traded during the day was Rs3.94 billion.

Shares of 348 companies were traded. At the end of the day, 140 stocks closed higher, 185 declined and 23 remained unchanged.

Foreign institutional investors were net sellers of Rs95.24 million worth of shares during the trading session, according to data compiled by the National Clearing Company of Pakistan.