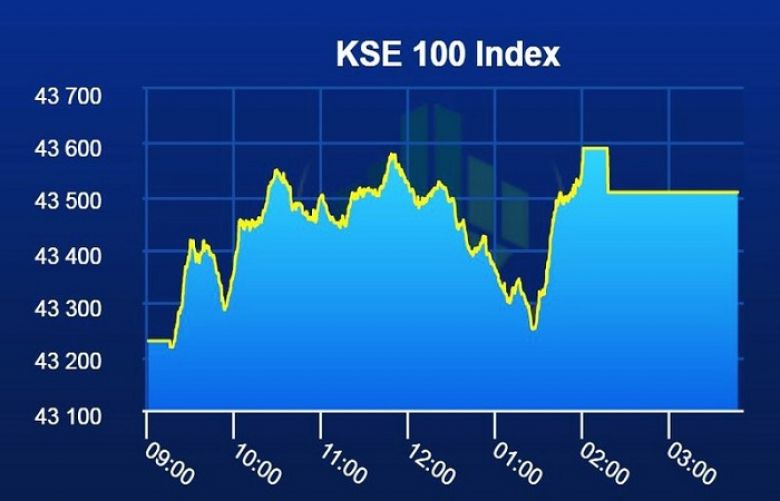 The Pakistan Stock Exchange (PSX) landed in the green on Wednesday after a see-saw session with the benchmark KSE-100 index gaining 279 points to close at 43,508 points.

The index opened higher and traded in the positive zone for most part of the day with a few ups and down.

Topline Market Research credited the renewed interest in buying to Finance Minister Shamshad Akhtar shrugging off any concerns about the economy being unmanageable and the increased likelihood of the PML-N government proposed amnesty scheme going ahead.