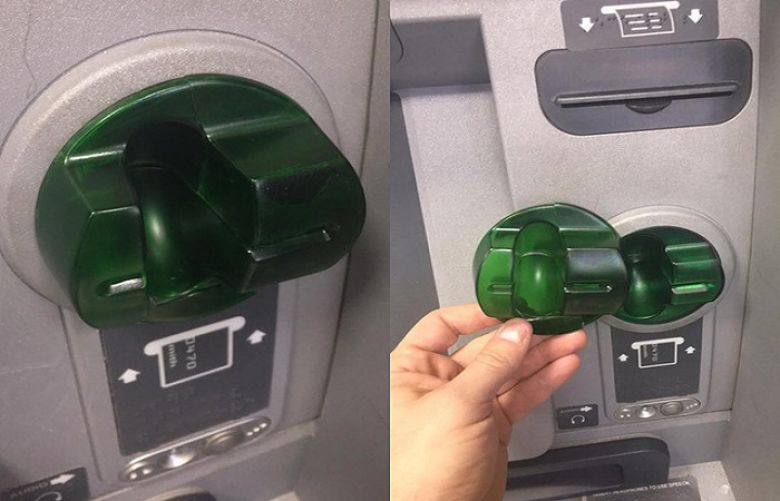 According to the police the two suspects, who are allegedly part of a bigger gang, belong to Shakkarhgarh and Narowal, respectively, and were found in possession of stolen ATM cards, gloves and Rs160,000 in cash.

A case was registered against the suspects at the City police station where they are currently being interrogated, Station House Officer Malik Asif told.

Police said a policeman who was in the vicinity of the bank became suspicious and informed the closest police station about them.

On the rise in recent days, the incidents of ATM skimming first appeared to have surfaced in the country in 2016. The criminals used skimmers to capture banking data off debit and credit cards.

Skimmers are physical devices that are installed over the actual ATM card slots that read the data of the magnetic strips.

Incidents of skimming seem to have become more frequent and widespread since then taking place in Rawalpindi and Azad Jammu and Kashmir ─ with a bank confirming in December 2017 that over Rs10 million had been stolen from 559 of its accounts.

A bank executive told that transactions had been traced to Indonesia, China, and other countries.