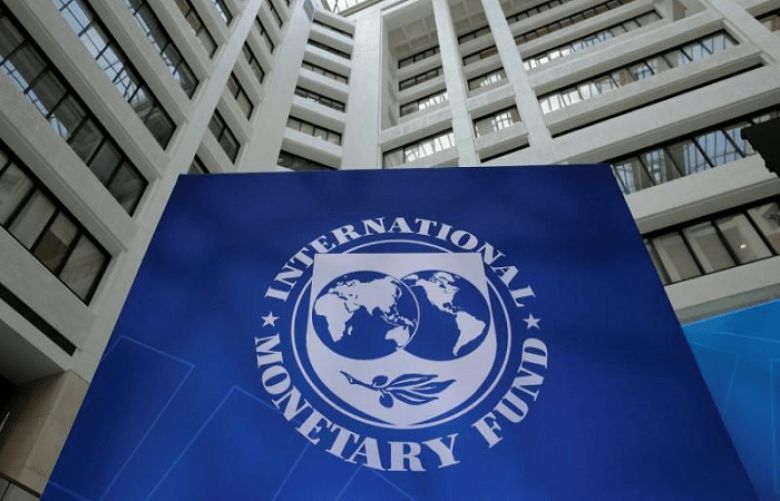 Following approval from Prime Minister Shehbaz Shairf, Pakistan sent a letter to the International Monetary Fund (IMF) requesting the lender of the last resort to send its review mission to the federal capital next week.

“The government has concluded that there is no other choice but to revive the IMF programme on an immediate basis, so we have decided to invite the IMF," well-placed sources confirmed to a select group of reporters on Thursday night.

The decision was taken during a high-powered meeting of the economic team chaired virtually by PM Shehbaz for the second consecutive day.

A day earlier, PM Shehbaz gave a nod to implement tough prescriptions of the IMF in order to break the deadlock and accomplish the pending ninth review necessary to release of $1 billion tranche under the $7 billion Extended Fund Facility (EFF).

The sources confirmed that the secretary of finance has sent a written request to the Fund for sending its review mission and "hopefully, the lender will respond positively."

It was also learnt that the economic team under the PM had finalised a macroeconomic and fiscal framework and attached conditions of the IMF. It would be implemented once agreed with the Fund mission on the negotiating table.

A top official said that there was apprehension among the policymakers of Q Block (Ministry of Finance) that even if Islamabad implemented the IMF prescriptions by taking additional taxation measures, hiking power and gas prices, and allowing the exchange rate to depreciate, what would happen if the Fund staff labelled them insufficient actions.

Therefore, the authorities decided to first evolve a consensus with the IMF on all the attached conditions and then implement them.

There is an understanding among the policymakers that Islamabad is left with no other options but to break the deadlock and revive the stalled IMF programme on a short-term basis to avert a full-fledged balance of payment crisis.

The government has finalised the macroeconomic and fiscal framework for the current fiscal year on the basis of which the pending ninth review would be accomplished.

In case both sides are unable to finalise the ninth review by the first week of next month, then the ninth and tenth reviews might be clubbed. But at the moment, Pakistan authorities would make last-ditch efforts to complete the pending review standalone.

Following this, both sides could kick-start talks to accomplish the next review soon after approval of the next tranche from the IMF’s Executive Board.

Under the revised macroeconomic and fiscal framework, the government wants to convince the IMF to downward revision on the Petroleum Development Levy (PDL) target from Rs855 billion to Rs550 billion for the current fiscal year.

It should be noted that in December 2022, the FBR faced a shortfall of Rs225 billion but in accordance with the IMF’s agreed target, there was a shortfall of Rs82 billion in achieving the target for the first half (July-December) of the current fiscal year 2022-23.

The mini-budget will be introduced through the promulgation of a presidential ordinance.

According to the deadline after the agreement, the government wants to promulgate it with effect from February 1, 2023. It is because of the benefit of collecting additional taxes in the remaining period of five months (February-June) of the ongoing fiscal year.

The FBR is also hopeful that the stay orders on important taxation from the courts will be cleared by March 2023, helping it achieve the desired tax collection target.

However, according to an internal assessment done by the revenue board, the tax machinery might face a shortfall of Rs170 billion owing to import compression, so the collection might be revised downward from Rs7,470 billion to Rs7,300 billion.

The electricity and gas prices will be increased, especially the power tariff will be jacked up in a staggered manner. The IMF would also press hard for eliminating multiple exchange rates and allow the rupee to depreciate in line with the realistic fundamentals on the economic front.

In aftermath of the agreement, the rising inflation will be really challenging for the Pakistan Democratic Movemnet-led regime. Secondly, they will have to face political fallout as a consequence of implementing the tough decisions prescribed by the Fund.

But there is no other solution available to economic managers at a time when the risk of default hovers over the country.