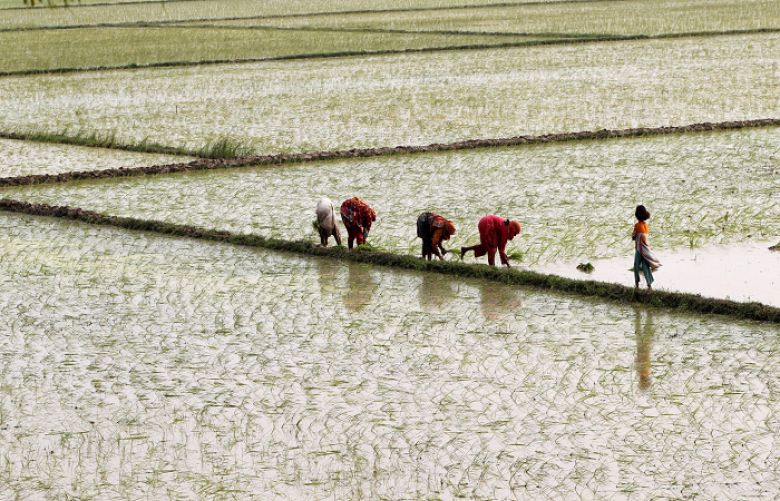 The country’s economy suffered a loss of around Rs4.81 trillion because of the recent spell of torrential rains and the ensuing floods, according to the government’s preliminary estimates.

Crops including fruits and vegetables were most affected because of the floods and rains, said officials of the national food security ministry.

The floods devastated crops worth Rs364 billion in Sindh, Rs39 billion in Punjab, Rs61 billion in Balochistan and Rs16 billion in Khyber-Pakhtunkhwa.

The province that suffered the most because of the floods was Sindh, where crops and commodities worth Rs364 billion were destroyed.

Similarly, Punjab suffered a loss of Rs39.89 billion in terms of farm products.

According to the preliminary estimates, cotton, rice, maize, pulses, potatoes, tomatoes, sugarcane, wheat, chillies, tobacco, oil seeds, millets and garlic were among the vegetables damaged because of the floods.

The fruits ravaged by the deluges included apples, grapes, pomegranates and melons.

The deluges washed away cotton worth Rs239.41 billion and rice valued at Rs70.89 billion countrywide.

Similarly, onions costing Rs31.91 billion and tomatoes worth Rs13.59 billion were damaged by the floods.

According to the preliminary figures, the floods destroyed dates valued at Rs23.78 billion and pomegranates costing Rs12.56 billion.

Sugarcane worth Rs20.56 billion and chilli crop costing Rs15.45 billion were lost because of the floods.

In terms of pulses, moong worth Rs1.1 billion, mash valued at around Rs750 million, and yellow gram costing over Rs430 million were washed away.

Garlic worth Rs340 million was destroyed because of the deluges.

Experts claim that majority of crops in Sindh have been wiped out and the province might need to brace for a famine-like situation in the coming months. Prices of food items have also been jacked up due to shortages, further exacerbating inflation. Most significant is perhaps the sheer destruction of transport infrastructure, essential for any country or province to function. In the aftermath of the floods, officials will require significant funds for redevelopment.

Human-caused climate change likely contributed to the deadly floods that submerged parts of the country in recent weeks.

An international team of climate scientists at the World Weather Attribution group said rainfall in the worst-hit regions had increased as much as 75% in recent decades and concluded that manmade activity likely boosted record levels of August precipitation in Sindh and Balochistan.

To determine what role global heating played in the downpours, the scientists analysed weather data and computer simulations of today's climate to determine the likelihood of such an event occurring at the roughly 1.2 degrees Celsius of warming that human activity has caused since the industrial era.

They then compared that likelihood to data and simulations of conditions in the climate of the past – that is, 1.2C cooler than currently.

They found that climate change likely increased the five-day total rainfall for Sindh and Balochistan by up to 50%.