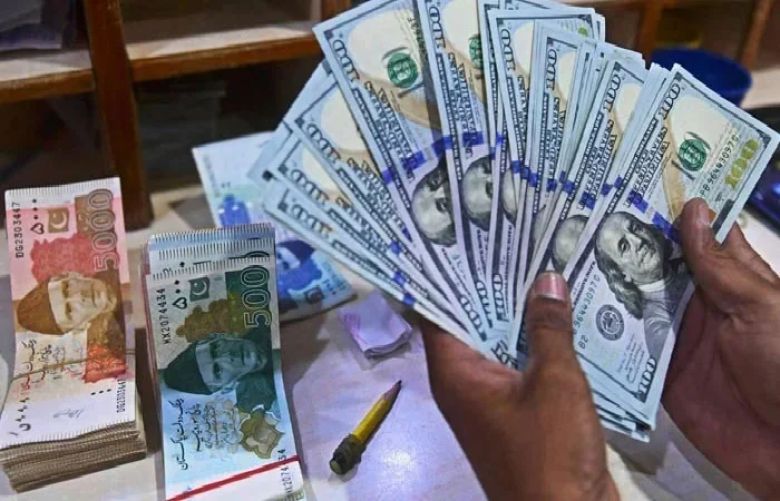 The Pakistani rupee continued to nosedive against the US dollar on Monday in the interbank market as the latter increased to Rs238.

The rupee lost around Rs1.16 in value as it slid from Rs236.84 to Rs238, the level at which the dollar stood when the interbank market had closed on Friday.

So far this month, the dollar has gained around Rs18.44.

In the open currency market, the dollar continued to behave as per black market rules with its value exceeding Rs242.

The greenback has soared for the twelfth consecutive day in a row with its value shooting up by Rs19.

Pakistan’s external debt has increased by Rs2 trillion as a result of the increase in the value of the dollar.

According to the currency dealers, food imports of $1 billion have caused a boost in the demand for dollars.

Even the IMF program’s restoration was unable to lower the value of the dollar.