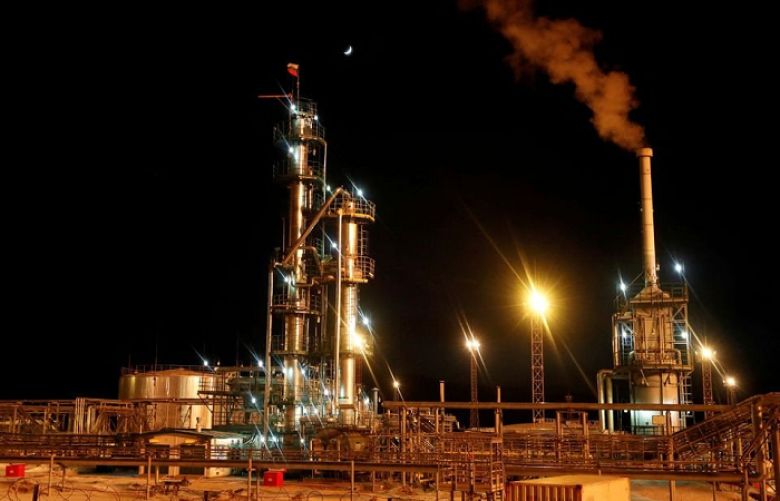 Pakistan can import oil from Russia on deferred payment as both countries are in talks to discuss the possibility, a senior government functionary revealed on Sunday after the recent meeting between Prime Minister Shehbaz Sharif and Russian President Vladimir Putin on the sidelines of Shanghai Cooperation Organisation (SCO) in Samarkand.

The official, when asked, rejected claims of the previous government if there was any proposal on the table for importing oil from Russia on discounted rate.

"What we have discussed during the recent interaction with the Russian side is the possibility of importing oil on deferred payment," the official said.

Russia has shown inclination to consider the proposal, the official said.

If the proposal is meterlised it will be a landmark development given that Pakistan imports oil from Gulf countries and in the past Saudi Arabia and UAE supplied Pakistan oil on deferred payment.

It is not clear if the government can pursue the option given the likely opposition from the United States.

A source in the foreign office disclosed that the US has never explicitly asked Pakistan not to import oil from Russia but "advised us that it is better if we don't enter into such venture with Russia".

Former prime minister Imran Khan has repeatedly accused the US for being behind his ouster in April. Imran said he was punished for pursuing an ‘independent foreign policy’ particularly for his efforts to deepen ties with Russia. The US has always denied meddling in the internal affairs of Pakistan.

The recent meeting between Shehbaz and Putin, according to observers, dispelled such conspiracy theories.

The transcript released by the Russia side after the meeting between Shehbaz and Putin did not drop any hint if Moscow was not willing to work with the new government often labelled as the US "puppet" by Imran and his supporters.

Putin while stressing that Russia viewed Pakistan as priority in Southeast Asia and Asia overall had invited Prime Minister Shehbaz to visit Moscow.

The Russian strongman sought progress on Pakistan Steam Gas Pipeline as well as making offer to supply Pakistan gas through pipeline. The steam gas pipeline project, in limbo since 2015, will supply LNG from Port Qasim in Karachi to Punjab. The pipeline will be laid by Russian company but the work on the project is yet to kick off because of likely US sanctions.

Defense Minister Khawja Asif told a news conference on Saturday that Russia also offered supply of wheat to Pakistan in view of the potential shortage of food grain due to the devastating floods that have caused massive damage to the crops.

Initial estimates suggest that agriculture growth in Pakistan may contract for the first time in more than two decades. The standing waters in Sindh may delay the sowing of wheat this season triggering the shortage. Russia is one of the largest exporters of wheat.

This all happens at a time when there are efforts underway to reset the troubled relationship between Pakistan and the US. A senior adviser of the US Secretary of State recently visited Islamabad while the Biden Administration approved $450 million sale of F-16 equipment in a sign that Washington wants to maintain a working relationship with Islamabad.

Prime Minister Shehbaz, who is visiting New York for the UN General Assembly session, is expected to meet the senior Biden administration officials in the next few days.