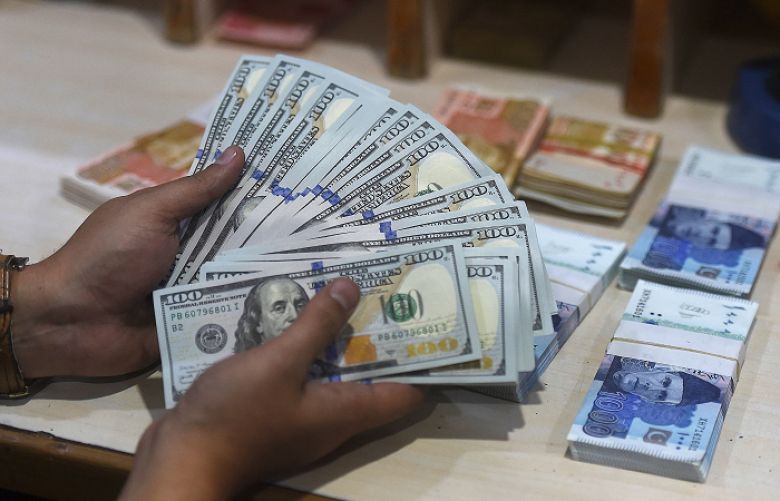 The Pakistani rupee continued to gain territory against the US dollar for the fifth straight session in the interbank market on Thursday.

Data from the Pakistan Bureau of Statistics (PBS) has shown that imports have plunged by 38.3% over the previous month as a sizable cut in imports was witnessed after the government banned a number of luxury items to manage the shortage of dollars in the economy.

Bostan said that just following this, the money lender issued a statement that Pakistan has fulfilled all the prerequisites for the combined seventh and eighth reviews of the Extended Fund Facility — showing that the army chief's call played its role.

IMF's Resident Representative for Pakistan Esther Perez Ruiz said in a statement Tuesday that a board meeting is tentatively scheduled for late August once adequate financing assurances are confirmed.

In case the IMF releases the $1.2 billion later in August, Bostan said the dollar could fall to 180-190against the Pakistan rupee and will continue to break records.

"...this was the actual level of the dollar. Before the political instability in the country and the Punjab by-elections — which upset everything, including the markets — the dollar wasn't at such highs," he said.

Bostan added that earlier there were fears about whether the government might survive or not, but now, after the Election Commission of Pakistan's verdict on PTI's prohibited funding, the coalition has decided to approach the Supreme Court — signalling that it is here to stay.