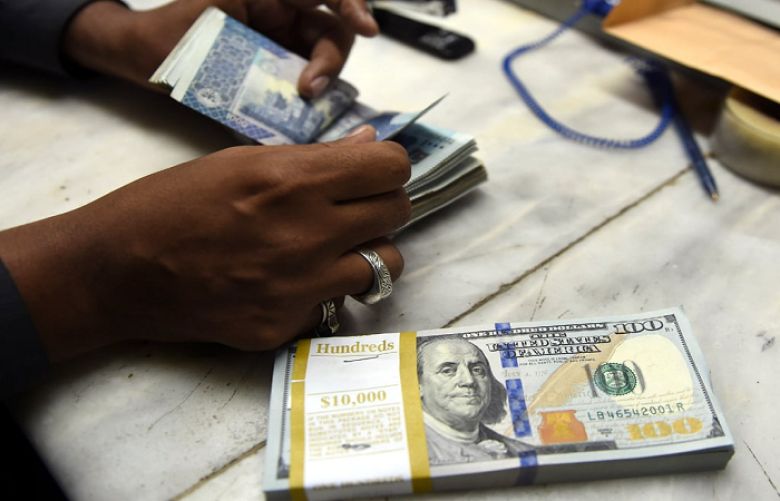 The US dollar was seen losing ground against the rupee in interbank trading on Wednesday morning as it fell by more than Re1, with analysts linking the development to optimism surrounding the expected release of loan tranches by the International Monetary Fund (IMF).

According to the Forex Association of Pakistan (FAP), the greenback depreciated Rs1.45 against the previous day's close of Rs206 to reach Rs204.55 around 11am.

The FAP's closing rate of the last session shows a difference of 87 paisa from that of the State Bank of Pakistan, recorded at Rs206.87.

Exchange Companies Association of Pakistan General Secretary Zafar Paracha attributed the international currency's fall to the possibility of the IMF releasing two combined tranches of around $1.85 billion instead of the initially expected single tranche of around $1bn.

On Tuesday, Pakistan received the Memorandum of Economic and Fiscal Policies (MEFP) from the IMF for the combined seventh and eighth reviews of its $6 billion loan programme with Pakistan.

The MEFP contains certain prior actions that would be necessary for implementation before the IMF board takes up Pakistan’s case for approval and the subsequent disbursement funds.

According to the MEFP, Pakistan will have to take at least two more “prior actions” to secure the two combined tranches by the end of July or early August.

Under the MEFP, prior actions include the passage of the federal budget as agreed to with the IMF and presented in the National Assembly on June 24 and present a memorandum of understanding duly signed by the provincial governments to jointly provide about Rs750bn cash surplus to the centre.

Moreover, Paracha said, the signing of a $2.3bn deal between Pakistan and a Chinese consortium of banks had also led to the rupee gaining strength against the dollar.

"The government's revisions to the budget have increased the likelihood of the revival of the IMF programme. We expect $1.9bn inflows from the IMF by the end of next month," he told Dawn.com, adding that $2.3bn deposits by China had also contributed to the "rupee's recovery".

"And deposits from exporters have [also] improved the dollar's liquidity in the currency market," he said.

For these reasons, "we are seeing gradual stability in the exchange rate", Naseer added.

Similarly, head of Research at Tresmark Komal Mansoor also explained that the rupee was strengthening after inflows from China and with exporters "selling dollars in spot and forward aggressively".

"The CAD (current account deficit clocked in higher in May than expected, but with REER (real effective exchange rate) around 93, appreciation of the rupee will continue in the short term. We’re expecting the market to test 200 per dollar soon," she said.