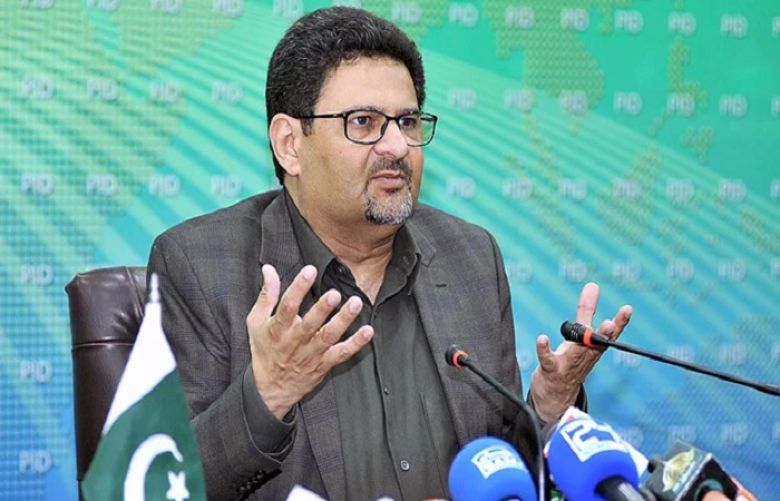 Finance Minister Miftah Ismail has expressed hope that the government would reach an agreement with the International Monetary Fund (IMF) to revive the stalled $6 billion programme within "a day or two".

He made the remarks while speaking to reporters at the Parliament House in Islamabad on Monday.

Responding to a question, Miftah said the IMF did not have any objection over the increase in the salaries of the government employees.

He also added that income tax exemption announced for salaried individuals will not be withdrawn and the government will shield those earning less than Rs1.2 million annually.

The finance minister said only the rich will be taxed while the poor will be given a relief.

The government is looking for new avenues to increase burden on the rich and may impose taxes on gifts, jack up rates for corporate sectors as well as allow unconditional import of gold to bring it into the tax ambit.

Other measures are also being considered to bridge gaps with the International Monetary Fund before the end of the month. The global lender still sees the government’s budget numbers unrealistic that require more taxation measures along with cuts in expenditures.

The Finance Bill 2022-23 that Miftah Ismail tabled in the National Assembly on June 10 may undergo some major changes to raise maximum tax from the rich.

In addition to finding more sources of income to the satisfaction of the IMF, the government also wants to give a message to the less-privileged classes that the elite class is also paying more than their usual annual tax contribution, according to the sources.

Pakistan is halfway through a $6 billion, 39-month IMF programme that had stalled over the lender's concerns over the status of some of its objectives, including fiscal consolidation.

The next tranche that Pakistan is to receive upon a successful review is $900 million, and a green light from the IMF would also open up other global funding avenues.

The finance minister said that Prime Minister Shehbaz Sharif was angry over the tax hike and urged to reduce the tax burden on masses.

He said the government refunds of pharmaceutical companies will be reimbursed in the next four days.

He also revealed that during the last financial year only 14 to 15 kilogrammes were brought in the country through legal channel while whopping 80 tons of gold was being smuggled into the country every year.