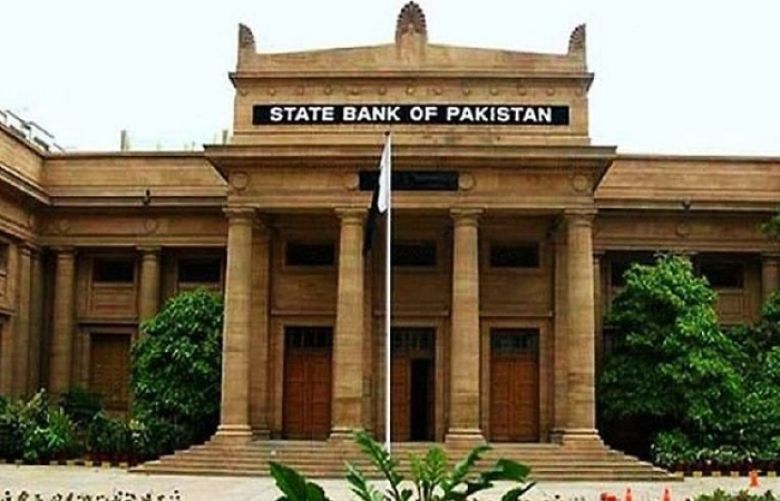 The State Bank of Pakistan (SBP) hiked the benchmark policy rate by 150 basis points to 13.75 per cent on Monday to "keep inflation expectations anchored and contain risks to external stability".

In a statement, the SBP's Monetary Policy Committee (MPC) said the move, along with fiscal consolidation, would help moderate demand to a sustainable pace.

The central bank had announced an increase of 250bps in the policy rate last month.

"Since last meeting, estimates suggest growth in FY22 has been much stronger than expected. Meanwhile external pressures remain elevated and inflation outlook deteriorated due to home-grown and international factors," it said in a series of tweets.

The economy could benefit from some cooling with the output gap now positive, the SBP said.

The central bank's MPC urged "strong and equitable fiscal consolidation" in addition to the monetary tightening, saying it would ease pressures on inflation, market rates and the external account.

Along with the increase in the policy rate, the central bank also raised the interest rates on EFS (export finance scheme) and LTFF (long-term financing facility) loans, adding that they would be linked to the policy rate and would adjust automatically.

The SBP said the country's expansionary fiscal stance this year, exacerbated by the energy subsidy package announced during the previous PTI government, had fueled demand while pressure on the exchange rate increased because of lingering policy uncertainty.

In addition, inflation was rising globally amid the Russia-Ukraine war and supply disruptions caused due to the latest coronavirus wave in China.

The economy had rebounded from the pandemic more strongly than anticipated, the SBP said, while inflation had risen to a two-year high in April and has remained in double-digits for the last six months.

Meanwhile, the rupee depreciated both because of domestic factors and the dollar's strengthening in international markets.

"The MPC's baseline outlook assumes continued engagement with the IMF (International Monetary Fund), as well as reversal of fuel and electricity subsidies together with normalisation of the petroleum development levy (PDL) and GST taxes on fuel during FY23. Under these assumptions, headline inflation is likely to increase temporarily and may remain elevated throughout the next fiscal year.

"Thereafter, it is expected to fall to the 5-7pc target range by the end of FY24, driven by fiscal consolidation, moderating growth, normalisation of global commodity prices, and beneficial base effects."

The SBP also noted that headline inflation rose from 12.7pc year-on-year in March to 13.4pc in April due to perishable food items and core inflation.

It projected that inflation was " likely to rise temporarily and may remain elevated through FY23 before declining sharply during FY24" as electricity and fuel subsidies are reversed.

"This baseline outlook is subject to risks from the path of global commodity prices and the domestic fiscal policy stance," it said.

The State Bank noted that the current account deficit continued to moderate and data from the Pakistan Bureau of Statistics (PBS) showed the trade deficit shrank by 24pc compared to the peak from last November.

The developments were in line with the SBP's projected current account deficit of 4pc of the GDP this year, it added. Moreover, the current account deficit would reduce to 3pc of the GDP in the next fiscal year, it said, citing slower import growth and the government's ban on import of non-essential items, and resilience of exports and remittances.

"This narrowing of the current account deficit together with continued IMF support will ensure that Pakistan's external financing needs during FY23 are more than fully met, with an almost equal share coming from rollovers by bilateral official creditors, new lending from multilateral creditors, and a combination of bond issuances, FDI and portfolio inflows."

As a result, excessive pressure on the rupee should attenuate and SBP’s foreign exchange reserves should resume their previous upward trajectory during the course of the next fiscal year, the central bank said.