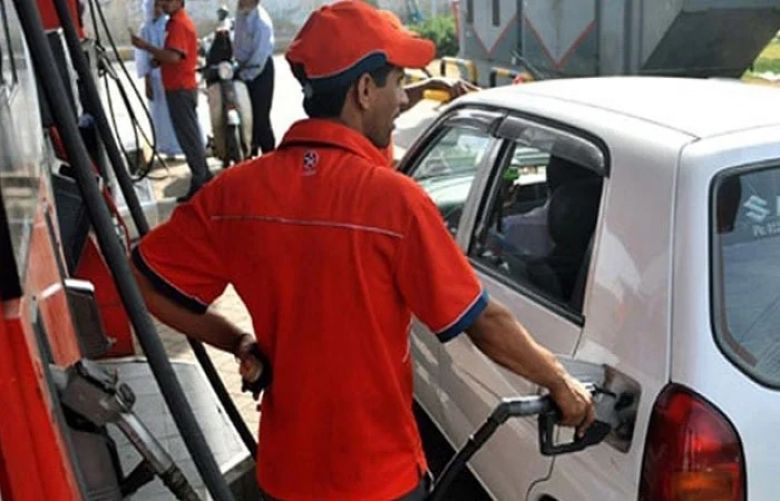 The federal government is mulling over a plan to cut subsidies on petroleum products in phases -- Rs25 per litre on petrol and Rs40 per litre on high speed diesel (HSD) in the first one -- in a bid to reduce the volume of the mounting price differential claims.

The prices of petrol and high speed diesel (HSD) will jump up to Rs195 per litre and Rs230 per litre respectively, if the federal government withdraws all the subsidies on them at once.

The subsidies on petroleum products continue to swell because of higher global oil prices and depreciation of the local currency against the US dollar that may lead to a higher budget deficit.

In addition, the government is also facing problems of balance of payment and wants to avail the International Monetary Fund (IMF) bailout package.

Sources said that government is currently giving a subsidy of Rs29.60 per litre on petrol. This volume may rise by Rs45.14 per litre if the government continues to keep the oil prices unchanged from the 16th of this month.

The government has been proposed to increase the price of petrol by Rs15.14 per litre from May 16.

In case of HSD, there is a proposal to hike its price by Rs12.85 per litre from the same date.

At present, the government is giving subsidies on diesel at Rs73 per litre that may jump to Rs85.85 per litre in case its rate is not increased.

HSD is widely used in farm and transport sectors. Therefore, any increase in its price will have an inflationary impact on the lives of the people.

The hike in global oil prices and depreciation of the Pakistani rupee against the US dollar continues to swell subsidies on the petroleum products.

With the rupee’s fall, a 3.17% increase in prices of petroleum products has been projected from May 16.

The average exchange rate had been Rs185.95 to the dollar a few days ago, which rose to Rs191.84, having an impact of around Rs5.90 per litre on prices of petroleum products.

The price differential has also started impacting the state-run oil marketing company, the Pakistan State Oil (PSO), which is to receive Rs41.62 billion.

The price differential has added Rs41 billion, which took the total receivables to an all-time high at Rs551 billion.

The power sector is another major defaulter of PSO, which has to pay Rs172 billion on account of fuel supply.

Earlier, the economists and the government authorities had urged Prime Minister Shehbaz Sharif to increase the prices of petroleum products to ease the pressure of price differential claims.

Pakistan had also committed to the IMF to end energy subsidies. However, PM Shehbaz had not increased the prices of petroleum products fearing a political backlash.

As the price differential claims continue to pile up, the Petroleum Division is seeking an allocation of Rs118 billion to bear the cost of freezing oil prices amid surging crude oil in the global market due to the Russia-Ukraine war.

The government has projected subsidy claims of Rs226 billion from the oil companies for the March-June 2022 period.

The Petroleum Division projected the total subsidy of Rs118.6 billion for the month of May, which the government would have to give to the oil companies for leaving petroleum prices unchanged.

In order to provide relief to the consumers, the former government had announced a relief package on February 28, 2022. It had slashed prices of petrol and HSD by Rs10 per litre each, saying that the prices would be kept unchanged till the next fiscal year’s budget.

As a cap had been placed on oil prices, the petroleum levy and general sales tax for petrol and diesel were brought down to zero.

As a result, the price differential claims between the capped rates and prices of subsequent period from March-June 2022 of petrol and HSD were projected at Rs336.01 billion -- to be paid to the oil marketing companies (OMCs) and refineries by the government.

To avert any shortage in the market, petroleum ministry officials said it was essential to provide confidence to the OMCs and refineries that any price differential borne by them during a fortnight should be provided to them promptly.