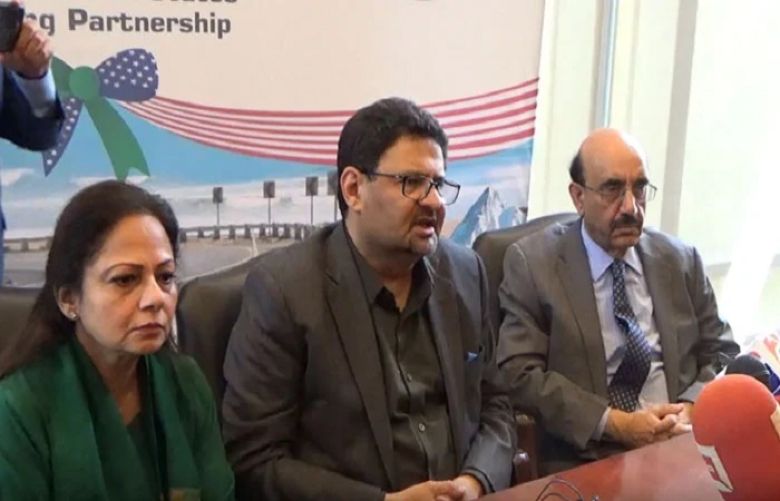 Pakistan underwent a major breakthrough in talks with the International Monetary Fund (IMF) as a finance ministry official said the Fund would jack up its $6bn programme to $8bn for Pakistan.

The development comes shortly after IMF's announcement about sending a mission to Pakistan in May after the global lender held “several meetings” with Finance Minister Miftah Ismail and his team in Washington.

Following his meetings with the International Monetary Fund (IMF), Finance Minister Miftah Ismail assured the nation that Pakistan has “not defaulted” in its over 70-year history and will not do so in the future either.

Addressing a press conference alongside State Minister for Finance and Revenue Dr Aisha Ghaus Pasha, Miftah said that dealings and commitments carried out during former prime minister Imran Khan’s tenure were with the state of Pakistan, therefore, the incumbent government will abide by those dealings.

He added that even the commitments related to the China Pakistan Economic Corridor (CPEC) that the previous government made were now the responsibility of the incumbent regime to take care of.

“The Government of Pakistan has not defaulted in its 70-year history and will not default in the future as well,” the minister said with certainty.

However, Miftah admitted that there were a lot of budget deficits, adding that when such a situation arises, it is funded via loans.

“That’s what deficit means and we will try to reduce the deficit as much as we can,” said the finance minister.

Hinting at his future plan, he said that the Shehbaz Sharif-led government would try to reduce the debt to GDP ratio by increasing the latter.

“If our national income is increased rapidly, and loans are not increasing that rapidly, it means we are okay,” said Miftah.

When asked if he would miss the target this year, Miftah agreed that the debt to GDP ratio “should be low every year”, however, he added that if it does not happen in a single year, it is fine as long as the trend is moving towards that,

The finance minister said that government-run Langar Khanas were run by the Saylani Welfare Trust.

“It was their money and we will not come in their way. We will provide them with as much ease as we can. Imran Khan’s government did not spend a single penny on that,” said Miftah.

However, he assured that the government will try to spread the initiative to the rest of the country and will also set up factories so that there is no need for it.

When asked about the IMF’s demand of curtailing the fuel subsidies, the finance minister emphasised that the government cannot afford it and it needs to be rolled back.

To explain his point, the minister said that if he fills his car with petrol, the government provides him a subsidy of Rs1,600. He added that since he was a factory owner and if 15 of his trucks travel from Karachi to Islamabad with goods, at least 1,000 litres of petrol is used.

The minister said that the government gives a “Rs50,000” subsidy that would mean that he and his family are getting a subsidy of Rs750,000 each.

“Remember one thing: subsidies that are given in Pakistan go to the rich. This a global problem but in Pakistan, the problem is more pronounced,” said Miftah.

The finance minister said that if he allocates Rs400 billion to the Benazir Income Support Programme (BISP) in the budget, then people create a fuss over it.

“But you see how much loans you have given to the rich,” said Miftah.

The minister said that the government needs to decide whether an average car owner should be given subsidy but also see if the “pocket” allows it.

“If your government is giving double subsidy to run your car. Does our pocket allow that? I say leave IMF’s point, Miftah Ismail is saying himself that we cannot afford this,” said the finance minister.

The finance minister said that seventh review was stopped during Imran Khan’s government and the Shehbaz Sharif-led government had reinstated it.

He shared that his discussions with the IMF, World Bank, IFC was very good and technical level discussion would start from Tuesday.

“When the mission comes to Pakistan we will try to have an expedited staff level agreement with them and after that agreement is signed, we will look forward to receiving another tranche,” said the finance minister.

Miftah also shared that he has requested the IMF to increase the fund by more than $6 billion, adding that details will be thrashed out once the IMF mission comes to Pakistan.