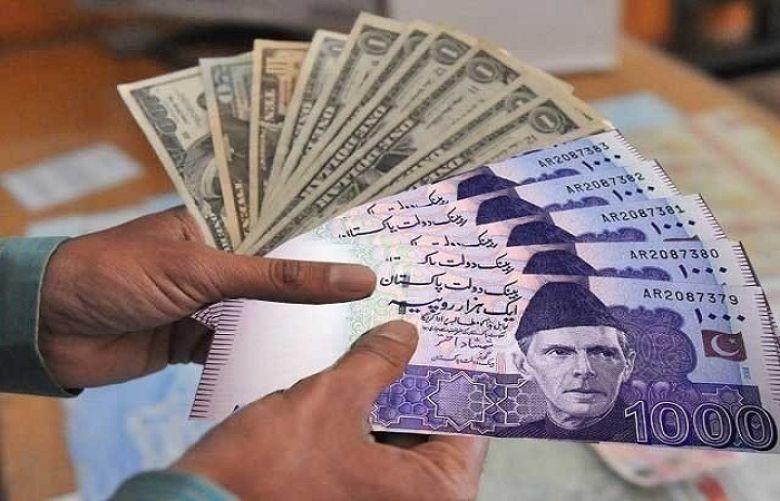 The US dollar fell to Rs183 on Monday as the political turmoil in the country subsided following the ouster of former prime minister Imran Khan, with analysts predicting a further reduction in the greenback in days to come.

Malik Bostan, President Forex Association of Pakistan, attributed the rupee's gain to the political stability in the country.

"The rupee has made a recovery after a period of uncertainty," he said, expressing the hope that it would recover further once the new government takes charge.

He also predicted that talks with the International Monetary Fund (IMF), which had been stalled and are expected to begin once the new setup take charge, would be "smooth". Bostan said he expected the dollar to go below Rs180 during the week.

Zafar Paracha, the chairman of the Exchange Companies Association of Pakistan, said that political stability would help revive the stalled IMF programme, restore business confidence and bring in foreign investment.

"This will increase the supply of dollars and cause the rupee to recover faster," he said.

Mohammad Sohail, the CEO of Topline Securities, added that the local currency bond market was also rallying alongside the rupee and the stock market — which gained more than 1,300 points on Monday. "Pakistan Investment Bonds (PIBs) are down almost 60-70 points in the last few days," he said.

On Friday, the rupee had made massive gains, skyrocketing 1.9 per cent against the dollar in the interbank market — a development that was largely attributed to the Supreme Court’s decision to restore the National Assembly and the central bank’s decision to increase the policy rate by 2.5pc.

Market experts and currency dealers beli­eve that the Supreme Court’s decision has eroded the uncertainty that kept the speculative market under grip for a long time.

However, they say the exchange rate remains vulnerable to many factors, including weak foreign exchange reserves and the economic policies set by the new government.