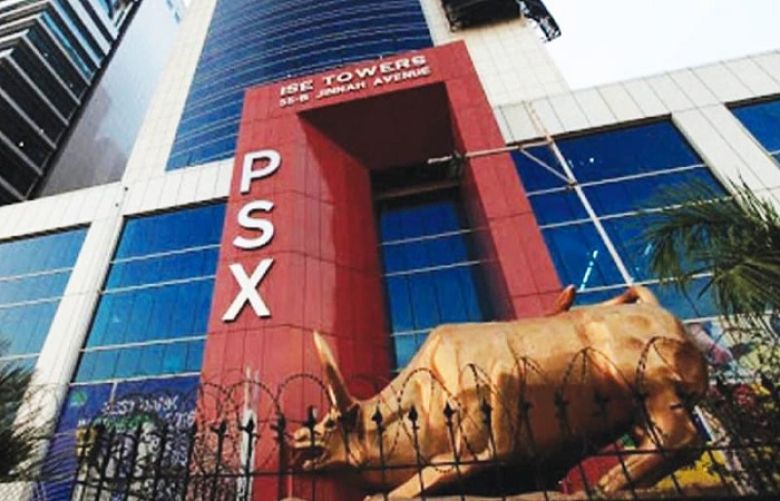 The bulls dominated trading at the Pakistan Stock Exchange (PSX) on Monday as the benchmark KSE-100 index rallied, reaching new records by gaining 1,700 points on the back of easing political turmoil.

Clarity on the political front after the dismissal of Imran Khan through a no-confidence motion — which was a first in the history of Pakistan — and diminishing concerns over the negative repercussions of the political uncertainty encouraged market players to buy stocks.

A united opposition bloc cobbled together 174 lawmakers to vote against PTI chairman Imran Khan after midnight Sunday in Islamabad, two more than required to remove Khan from office. His downfall was accelerated by inflation running faster than 12%, the rupee trading near a record low to the dollar and foreign reserves shrinking.

A report from Topline securities noted that PSX made new history where the KSE-100 index posted a historic single-day gain in terms of index points.

The PSX index broke the previous single highest record of 1,566 attained on June 5, 2017 as the market was rejoicing the rare smooth handover of power to the lower house despite last night’s protests.

Investors also took a cue from the State Bank of Pakistan (SBP) governor’s assurance that timely measures will be taken to ensure economic stability, which helped the index power past the 46,000-point mark.

The KSE-100 index shot up from the moment trading began and maintained its upward march.