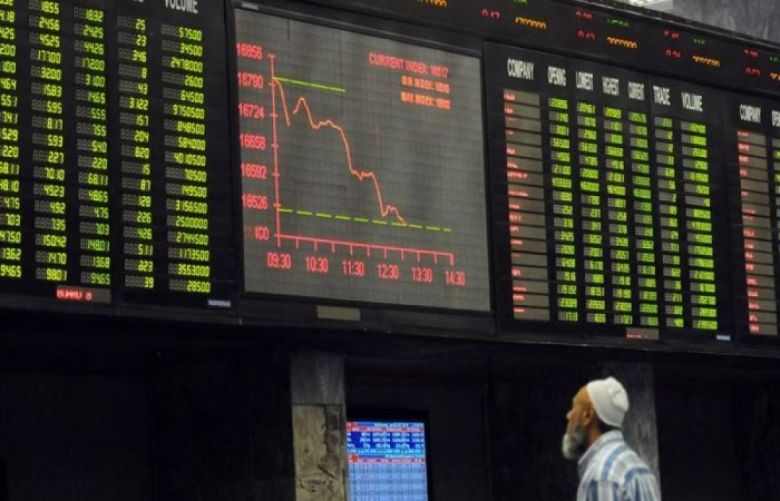 The Pakistan Stock Exchange (PSX) on Thursday gained over 300 points as a surge in yields of T-bills on Tuesday’s auction helped the State Bank of Pakistan (SBP) raise Rs693 billion against the target of Rs800 billion.

Meanwhile, reports that Pakistan failed to reach conclusion with the International Monetary Fund (IMF) during the seventh review regarding the next loan tranche dented investors' sentiments and capped some of the gains at the bourse.

A report from Arif Habib Limited noted that a volatile session was observed today due to an uptick in the auction result of Market Treasury Bills (T-Bills).

It further noted that the market opened in the green zone but battled between the bulls and bears throughout the day.

Meanwhile, the mainboard activity remained dull. On the flip-side, activity continued to remain side-ways as the market witnessed hefty volumes in the third-tier stocks. In the last trading hour, value buying was witnessed which led the index to close in the green zone.

Shares of 334 companies were traded during the session. At the close of trading, 178 scrips closed in the green, 132 in the red, and 24 remained unchanged.

Overall trading volumes rose to 149.78 million shares compared with Tuesday’s tally of 138.28 million. The value of shares traded during the day was Rs5.6 billion.