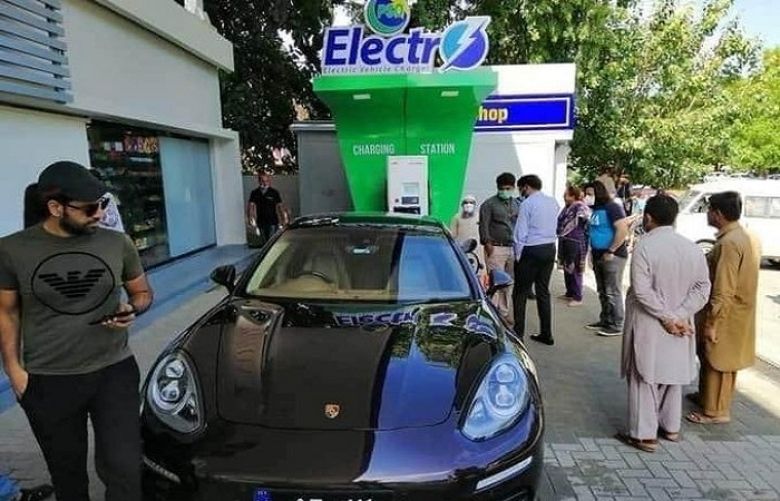 Stakeholders of the renewable energy sector have urged the government to withdraw the general sales tax on electric vehicles (EVs) and solar panels. They have also asked the International Monetary Fund (IMF) to play a responsible part in developing socially just and environment-friendly financing solutions for Pakistan.

The Alliance for Climate Justice and Clean Energy made these demands in a letter written to the IMF board ahead of its meeting on February 2 to review Pakistan’s case. Sharing details of the letter in a media briefing on Tuesday, officials of the alliance denounced the imposition of sales tax and discussed its repercussions.

Transportation already accounted for 43% of airborne emissions in the country and the electric vehicle policy stated that use of electric vehicles in Pakistan was not possible without government’s support, they pointed out. The policy also suggested that initial incentives, tax breaks and benefits would pave the way for a significant reduction in the oil import bill, drop in emissions-related expenses, use of idle electricity capacity and income from revenues, they said.

It estimates annual savings of around Rs110 billion for the first five years following the implementation of the policy. Players in the electric vehicle segment were wary of government’s lack of consistency in policymaking as it was discouraging them from investing in bringing technological revolution to the country’s auto sector, they said.

Meanwhile, the imposition of 20% sales tax on solar panels will increase the pressure on oil import bill as the country will not be able to move towards renewable and clean energy. According to them, such measures will jeopardise the government’s vision of clean and green Pakistan. Speaking to The Express Tribune, Adviser to Prime Minister on Commerce Abdul Razak Dawood said that the government was focused on “Made in Pakistan” strategy, which could substitute imports to cater to the domestics needs and create production opportunities.

He voiced hope that Pakistan would produce solar panels for meeting the requirement of domestic market. “We will incentivise production of solar panels so that businessmen can be able to produce them for the local market and export in the long run,” he said.