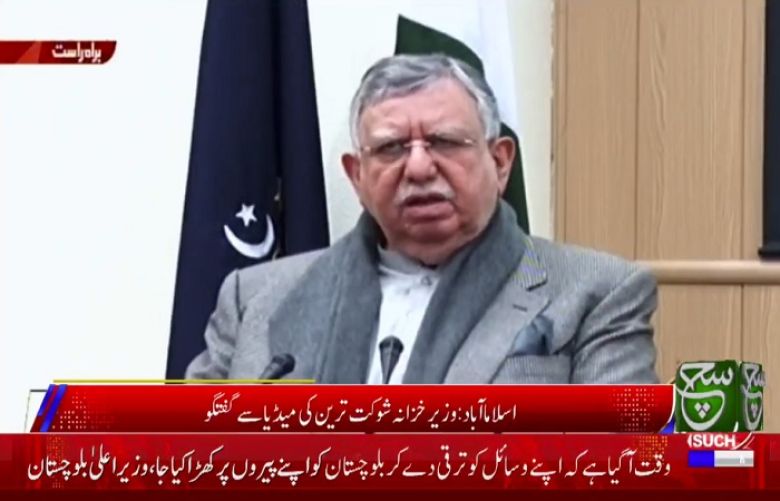 In order to create a tax culture, we should start with Parliamentarians, Federal Minister for Finance and Revenue Shaukat Tarin said on Monday while inaugurating the Parliamentarians Tax Directory for the tax year 2019.

“We are taking steps to bring transparency and simplification in the tax system,” Tarin said, adding that taxes play a vital role in the development of a country.

Addressing the audience present at the inauguration ceremony, the minister said that Pakistan is unable to meet its current expenditure through its revenue, hence, it needs to borrow money from foreign lenders.

It is pertinent to mention here that the Federal Board of Revenue (FBR) released the Tax Directories of Parliamentarians for the tax year 2019 today.

Tarin was of the view that there should be only two types of taxes — income tax and consumption tax.

He further said that taxes will be charged according to the income of people.

“We need to shift towards progressive taxation,” Tarin said, adding the revenue board has the names of 15 million people which will be utilised.

Urging the politicians to pay taxes, Tarin said that Parliamentarians should set an example for other people by paying taxes.

“Tax reform aims to bring transparency,” he said, clarifying that the FBR will not harass anyone.

Tarin emphasised that as the tax net will grow, taxes would also increase.

Shedding light on the challenges, he said that tax coordination is a bigger challenge for the FBR.

“We will start sending notices to people from January and if anyone has any objection, they should contact the third party,” he said.

The finance minister stated that the board plans to raise the tax-to-GDP ratio from 15 to 20% in the next six years.