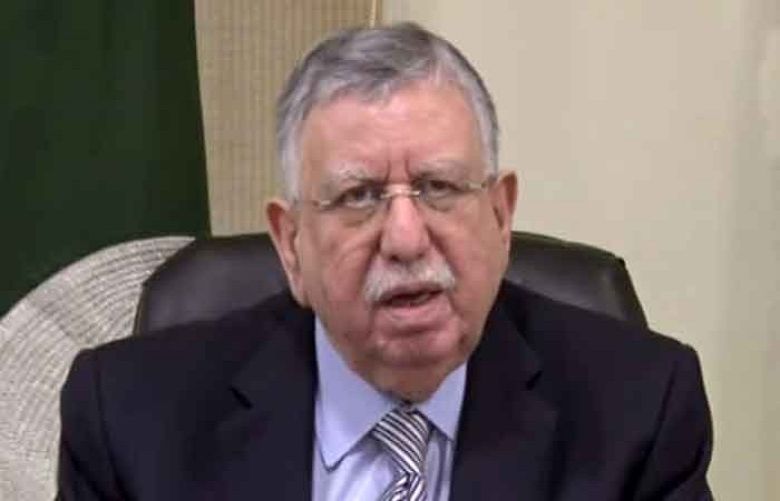 Adviser to Prime Minister on Finance and Revenue Shaukat Tarin on Friday stated that the country's economy is moving in the right direction, adding that exports and remittances will shrink Pakistan's widening trade gap.

Speaking during a press conference along with Adviser to Prime Minister on Commerce and Investment Abdul Razak Dawood, the PM's aide addressed the anxiety among the investors caused due to a historic high trade deficit.

"An increase in revenue means that the country's economy is growing," Tarin said, highlighting that our exports and remittances have also increased significantly.

The adviser claimed that the economy and the economic situation in Pakistan "is moving in the right direction."

He mentioned that rising commodity prices in the international market have increased the import bill by $1.5 billion.

Shedding light on soaring inflation, Tarin said that the items whose prices increased were all imported goods.

"Revenue is now 36% higher than last year," he said, adding that inflation is rising globally.

The adviser mentioned that domestic inflation is lower than last year.