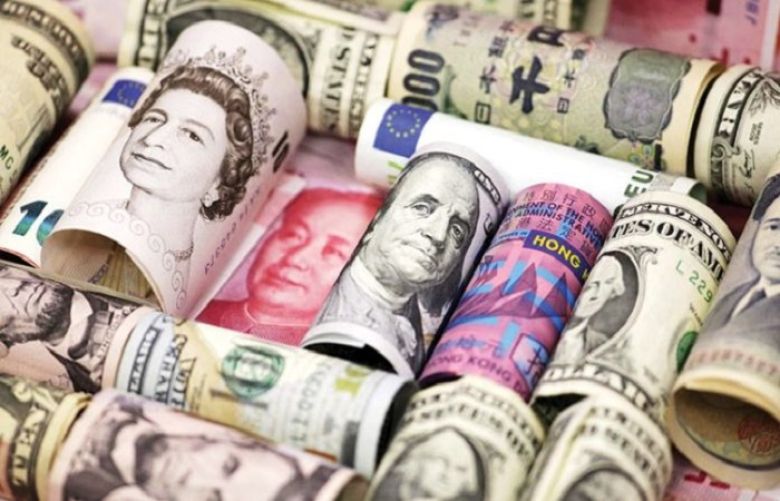 Compared to the overall growth of 8 percent in remittances in South Asia, the remittances into Pakistan grew by 26 percent during the year 2021, according to estimates from the World Bank’s Migration and Development Brief.

“Pakistan had another year of record remittances with growth at 26 percent and levels reaching $33 billion in 2021,” says the report released by WB.

In addition to the common drivers, the government’s ‘Pakistan Remittance Initiative’ to support transmission through formal channels attracted large inflows it says adding the Afghanistan’s fragile situation emerged as an unexpected cause of remittances in 2021 intended for Afghan refugees in Pakistan as well as for families in Afghanistan.
According to the report, overall remittances to South Asia likely grew around 8 percent to $159 billion in 2021.
Higher oil prices aided economic recovery and drove the spike in remittances from the Gulf Cooperation Council (GCC) countries which employ over half of South Asia’s migrants. Economic recovery and stimulus programs in the United States also contributed to the growth.
In India, remittances advanced by an estimated 4.6 percent in 2021 to reach $87 billion, according to the report.
Remittances is the dominant source of foreign exchange for the region, with receipts more than twice as large as FDI in 2021.
On remittance costs the report adds, South Asia had the lowest average costs of any world region at 4.6 percent. But sending money to South Asia through official channels is expensive compared with informal channels which remain popular.
Cost-reducing policies would create a win-win situation welcomed by migrants and South Asian governments alike.
The report says, remittances to low- and middle-income countries are projected to have grown a strong 7.3 percent to reach $589 billion in 2021.
This return to growth is more robust than earlier estimates and follows the resilience of flows in 2020 when remittances declined by only 1.7 percent despite a severe global recession due to COVID-19, according Migration and Development Brief released.
For a second consecutive year, remittance flows to low- and middle-income countries (excluding China) are expected to surpass the sum of foreign direct investment (FDI) and overseas development assistance (ODA).
This underscores the importance of remittances in providing a critical lifeline by supporting household spending on essential items such as food, health, and education during periods of economic hardship in migrants’ countries of origin.
“Remittance flows from migrants have greatly complemented government cash transfer programs to support families suffering economic hardships during the COVID-19 crisis. Facilitating the flow of remittances to provide relief to strained household budgets should be a key component of government policies to support a global recovery from the pandemic,” said Michal Rutkowski, World Bank Global Director for Social Protection and Jobs.
Factors contributing to the strong growth in remittance are migrants’ determination to support their families in times of need, aided by economic recovery in Europe and the United States which in turn was supported by the fiscal stimulus and employment support programs.
In the Gulf Cooperation Council (GCC) countries and Russia, the recovery of outward remittances was also facilitated by stronger oil prices and the resulting pickup in economic activity.
Remittances registered strong growth in most regions. Flows increased by 21.6 percent in Latin America and the Caribbean, 9.7 percent in Middle East and North Africa, 8 percent in South Asia, 6.2 percent in Sub-Saharan Africa, and 5.3 percent in Europe and Central Asia.
In East Asia and the Pacific, remittances fell by 4 percent – though excluding China, remittances registered a gain of 1.4 percent in the region. In Latin America and the Caribbean, growth was exceptionally strong due to economic recovery in the United States and additional factors, including migrants’ responses to natural disasters in their countries of origin and remittances sent from home countries to migrants in transit.
The cost of sending $200 across international borders continued to be too high, averaging 6.4 percent of the amount transferred in the first quarter of 2021, according to the World Bank’s Remittance Prices Worldwide Database.
This is more than double the Sustainable Development Goal target of 3 percent by 2030. It is most expensive to send money to Sub-Saharan Africa (8 percent) and lowest in South Asia (4.6 percent). Data reveal that costs tend to be higher when remittances are sent through banks than through digital channels or through money transmitters offering cash-to-cash services.
“The immediate impact of the crisis on remittance flows was very deep. The surprising pace of recovery is welcome news. To keep remittances flowing, especially through digital channels, providing access to bank accounts for migrants and remittance service providers remains a key requirement. Policy responses also must continue to be inclusive of migrants especially in the areas of access to vaccines and protection from underpayment,” said Dilip Ratha, lead author of the Brief and head of KNOMAD.
Remittances are projected to continue to grow by 2.6 percent in 2022 in line with global macroeconomic forecasts. A resurgence of COVID-19 cases and reimposition of mobility restrictions poses the biggest downside risk to the outlook for global growth, employment and remittance flows to developing countries.
The rollback of fiscal stimulus and employment-support programs, as economies recover, may also dampen remittance flows, it adds.