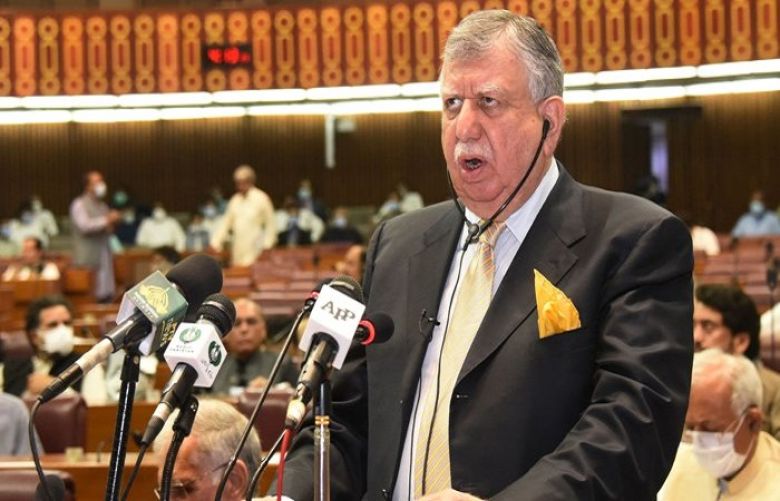 Federal Minister for Finance Shaukat Tarin will continue to work as an adviser to the prime minister on finance till he becomes a senator as his tenure as the finance minister will come to an end on October 16.

The finance minister only has a few days to get elected as a senator — a prerequisite to continue as finance minister — as the six-month time limit to elect him a member of the Parliament is going to expire on October 16, 2021.

Once the finance minister's six-month term ends, as per law, Tarin will not be able to chair the Economic Coordination Committee (ECC) and other cabinet committees.

To keep Tarin on board, the prime minister has started consultations with party leaders, and sources say that the premier might opt for a seat from Khyber Pakhtunkhwa to get him elected to the Senate.

Earlier, commenting on his fate as the time-limit for electing him a member of the Parliament was nearing, Tarin had said that he was going nowhere as he had full faith that PM Imran Khan would elect him as a senator.

The minister had also confirmed that he was scheduled to visit Washington DC to attend the annual meeting of the IMF/World Bank from Oct 12, 2021. Now the government would have to elect him before his departure for attending IMF/WB meetings outside the country.

The government had de-seated Ishaq Dar intending to elect Tarin to this vacant seat but the matter had ended up in the court. Tarin’s close aides had said that he might be elected to the Senate in the first 10 days of October.

It is pertinent to mention here that the finance minister's name was also mentioned in the recent exposé on offshore companies held by powerful individuals across the world, including Pakistani politicians, "Pandora Papers".