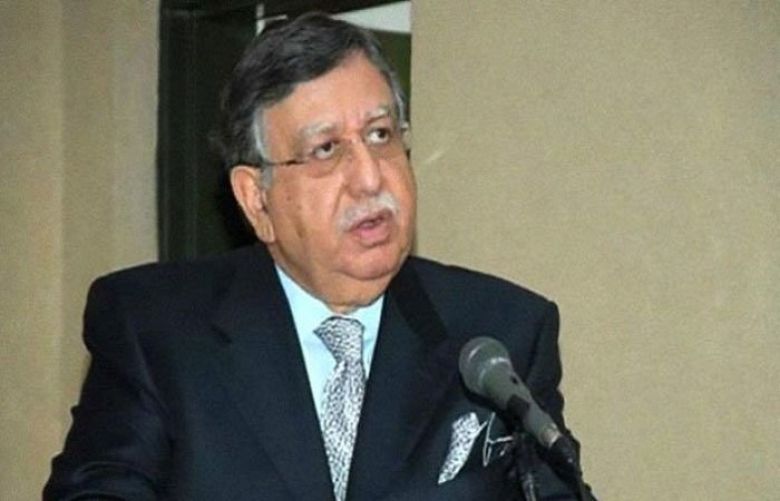 Finance Minister Shaukat Tarin on Sunday said the offshore companies of his and his family named in the Pandora Papers were opened with the approval of the State Bank of Pakistan at a time when he was trying to attract the investment of a foreign group for his bank.

Tarin's clarification came shortly after his name was mentioned in the International Consortium of Investigative Journalists' (ICIJ) Pandora Papers — a major international research into the financial secrets held by high-profile individuals around the world.

According to the investigation's findings, Tarin and his family members own four offshore companies.

The ICIJ report quoted Tariq Fawad Malik, a financial consultant who handled the paperwork for the companies, as saying that the companies were set up as part of the Tarin family’s intended investment in a bank with a Saudi business.

Tarin said that his offshore companies named in the Pandora Papers were established around 2013 or 2014 when he was trying to raise capital for Silk Bank, for which Tarin has been the main sponsor since March 2008, according to the finance ministry's website.

Tarin said his offshore companies were created because Tariq Bin Laden's company Middle East Development had wanted to invested in Silk Bank. The minister said that the State Bank of Pakistan (SBP) was also involved and informed about the foreign company's wish to invest.

He said that the central bank had given principle approval and four offshore companies were created "for fundraising".

"But no accounts were opened and there were no transactions," he said, adding that Tariq bin Laden's company lost interest following a bomb blast in Karachi.

"So it was all finished. These companies were closed within a year and no bank accounts were opened. Not a single cent went in or came out," he said, adding that he could not understand why the companies were being highlighted.

Tarin reiterated the same on Twitter, saying that "no bank accounts were opened, no transactions took place and the companies stood closed".

When asked why the companies were opened in his and his family members' names, he said that he was the principal owner of the bank.

"If they wanted to invest, it had to be done through me. They needed to buy shares from me," he said, adding that his family members were also major shareholders of the bank.

He said that at one point he had to sell his shares in order to put money into the bank as the SBP had rejected some investors. "That's why I was looking for investors, so that I could sell my own shares."

The minister also dispelled the impression that the companies were opened in an effort to evade tax. "As far as I am concerned, I declare everything," he said.

Commenting on Prime Minister Imran Khan's declaration to investigate all citizens mentioned in the Pandora Papers, the minister said: "I am in favour of this. Action should be taken against any wrongdoing."

The finance minister said that he did not believe in tax evasion as he was a "citizen of Pakistan and I must pay taxes." He added that he had been one of the highest taxpayers in the country.

He said that the Federal Board of Revenue will investigate the companies named in the investigation.