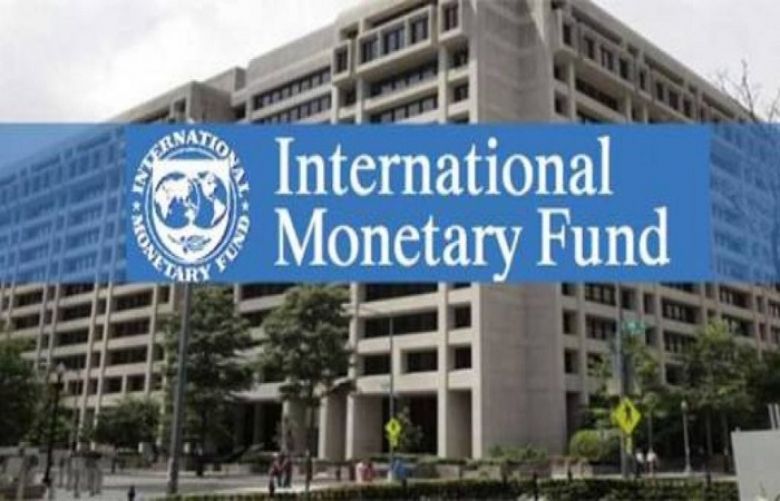 Pakistan has reached an agreement with the International Monetary Fund for a package of measures that would release $500 million to the country, a statement on Tuesday by the global lending body said.

This will occur following the second to fifth reviews of the authorities’ economic reform programme supported by the IMF Extended Fund Facility (EFF).

According to the statement: "Pending approval of the Executive Board, the reviews’ completion would release around US$500 million."

"The package strikes an appropriate balance between supporting the economy, ensuring debt sustainability, and advancing structural reform," the statement added.

The statement said that an IMF team held virtual discussions with Pakistani authorities and reached a staff-level agreement today.

The team, led by Mission Chief to Pakistan Ernesto Ramirez Rigo, visited Islamabad during February 3-13, to initiate discussions on the second review of the economic reform programme.

A 39-month EFF arrangement for the amount of SDR 4,268 million (about US$6 billion) was earlier approved by the Executive Board.

COVID-19 and its economic impact

Rigo was quoted by the statement as noting: “The policies and reforms implemented by the Pakistani authorities prior to the COVID-19 shock had started to reduce economic imbalances and set the conditions for improving economic performance. Most of the targets under the EFF-supported programme were on track to be met."

"However, the pandemic disrupted these improvements and required a shift in authorities’ priorities towards saving lives and supporting households and businesses," the IMF chief said.

He said that Pakistan's response was aided by "the fiscal and monetary policy gains attained in the first nine months of FY2020".

"Aside from health containment measures, this included a temporary fiscal stimulus, a large expansion of the social safety net, monetary policy support and targeted financial initiatives," the statement read.

It observed that measures were supported by "sizeable emergency financing from the international community, including from the Fund’s Rapid Financing Instrument (RFI)".

The IMF statement said that Pakistan's first COVID-19 wave started to dwindle in the summer of 2020, after which "the external current account improved, due to stronger-than-expected remittances, import compression, and a mild export recovery".

It said that "high-frequency economic data" had also begun to show that a recovery is enroute.

The Fund said that with the COVID-19 "shock", Pakistan has had to carefully recalibrate "the macroeconomic policy mix, the reforms calendar, and the EFF review schedule".

"Against this background, the authorities have formulated a package of measures that strikes an appropriate balance between supporting the economy, ensuring debt sustainability, and advancing structural reforms," according to the statement.

It noted that the country's fiscal strategy "remains anchored by the sustainable primary deficit of FY2021 budget and allows for higher-than-expected COVID-related and social spending to minimise the short-term impact on growth and the most vulnerable".

IMF said that with the economic targets are "supported by careful spending management and revenue measures, including reforms of corporate taxation to make it fairer and more transparent".

"The power sector’s strategy aims at financial viability, through management improvements, cost reductions, and adjustments in tariffs and subsidies calibrated to attenuate social and sectoral impacts," the statement added.

The IMF lauded the State Bank of Pakistan's role in dealing with the COVID-hit economy, saying that the monetary and exchange rate policies "served Pakistan well and were critical in helping to navigate the COVID-19 shock".

"The strengthened international reserves’ position since the start of the program—with gross reserves almost doubling to USD 13 billion until January 2021 and net international reserves (NIR) increasing by over USD 9 billion until December 2020—and the shock absorption displayed by the market-based exchange rate, allowed the SBP’s to pre-emptively proceed to a large easing of monetary policy, and a sizeable expansion of refinancing facilities," the statement.

The global lending body said that though the banking system "remains healthy", it will be important for SBP to remain alert "and prevent possible financial stability stress as the temporary support is phased out".

Improvement in other areas

IMF acknowledged the authorities are "moving steadfastly on a number of other important reforms".

"In addition, they have conducted a triage of SOE, and are moving forward with the audits of contracts awarded for COVID-19 related spending," IMF said.

It noted that Pakistan also continues to enhance the effectiveness of the anti-monetary laundering/counter financing of terrorism (AML/CFT) framework and is progressing in completing their action plan with the Financial Action Task Force (FATF).

But with the COVID-19 second wave still unfolding around the world, "the outlook is subject to a high level of uncertainty and downside risks".