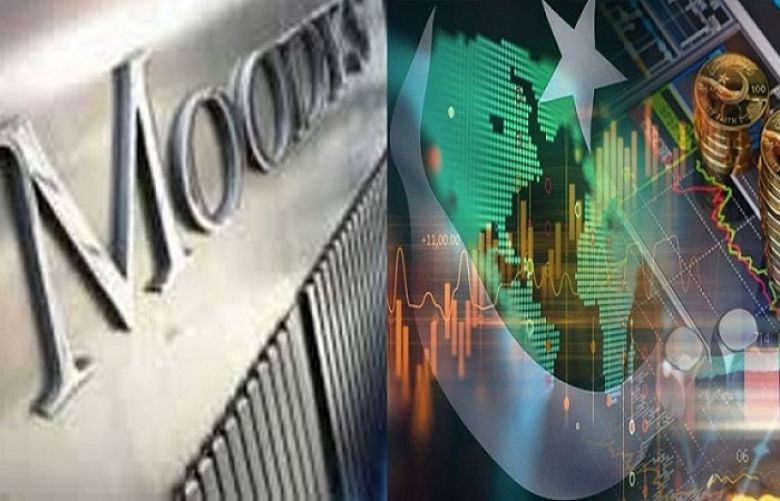 Moody’s Investor Service on Wednesday forecast Pakistan economy will grow by 1.5pc during the current fiscal year and found Pakistani banks to be stable owing to government support but banking sector risks were growing.

“Economic activity will remain below pre-outbreak levels, although the economy should return to modest 1.5pc growth in fiscal year 2021,” Moody’s said in its outlook for the Pakistani banking sector. This is generally in line with 1.5-2.5pc growth forecast for Pakistan GDP by the State Bank compared to World Bank’s 0.5pc GDP growth rate for the current fiscal year.

“Despite a difficult environment, the government’s credit profile is stable due to ongoing reforms and increasing policy effectiveness — a positive for the banks given their outsized holdings of Pakistani government debt link their credit profiles to that of the government,” said Moody’s Senior Vice President Constantinos Kypreos.

The agency expects slow economic recovery to affect loan quality, with nonperforming loans (NPLs) expected to rise over the coming months from a sector-wide level of 9.9pc of gross loans in September 2020. “Banks’ foreign operations, export-oriented industries and companies reliant on government payments and subsidies will be hit hardest, but loan repayment holidays and other government support measures should help contain some risks,” it said.

Meanwhile, banks’ profitability, which has materially increased during 2020, will come under pressure on lowered margins, higher loan-loss provisions given the challenging operating environment, and subdued business generation. Still, Pakistan’s economy should return to a modest 1.5pc growth in fiscal year 2021, while government and central bank responses and reforms will partially soften the Covid-19 pandemic’s impact.

“Deposit-based funding and good liquidity buffers also remain strengths, while the probability of government support in a crisis is high, even if its ability to do so is limited by fiscal challenges,” added Kypreos.

The rating agency expected the operating conditions for banking sector to improve, but remain difficult. It noted that restrictions in place to contain the spread of the coronavirus will keep economic activity below pre-outbreak levels. The rating agency said Pakistani economy to return to modest growth of 1.5pc in fiscal 2021 after activity picked up at the start of the fiscal year in July. “Government and central bank policy responses and structural reforms will soften the pandemic’s impact but not fully offset it. In this environment, we expect private-sector lending to grow modestly, by 5-7pc, over the calendar year”.

It noted that banking capital was modest but will remain broadly stable: The sector-wide reported Tier-1 capital ratio stood at a comfortable 15.5pc as of September 2020. “If we adjust the ratios by risk-weighting government securities at 100pc, rather than zero per cent, however, the ratio halves to a modest level,” it said. The capital ratios were expected to remain broadly stable as Pakistani banks would remain profitable and would reduce their dividend payouts — hence asset growth was likely to be conservative.

Profitability of the banking had materially increased during 2020, but would come under some pressure in 2021 as net interest margins would narrow after a huge 625-basis-point interest rate cut in 2020. “Together with rising provisioning needs and subdued business generation, this will curb bottom-line profits,” the forecast added.

Moody’s noted that stable deposit funding and ample liquidity were strengths of the Pakistani banking sector. Customer deposits made up 70pc of total assets as of Sept 2020 are expected to grow by between 7pc and 9pc in 2021, driven by efforts to deepen financial inclusion and robust inward remittances. Highly liquid assets comprising cash and bank placements account for around 13pc of the banks’ total assets, while another 43pc of assets is invested in government securities.

The outlook noted that the probability of government’s support to banking sector in a crisis was high. “The government remains willing to support troubled banks but its ability to do so is limited by fiscal challenges reflected in its B3 rating,” the rating agency concluded.