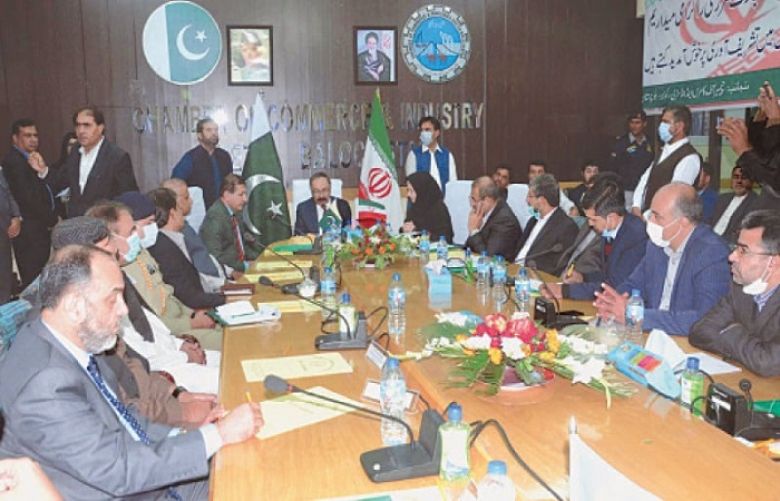 Presiding over the concluding session the 8th Pak-Iran Joint Border Trade Committee meeting here on Wednesday, he said that people of both countries were enjoying cordial and close relations, adding the decisions taken by the committee would be implemented for enhancing bilateral trade.

The governor said the present government was giving special attention to strengthening economic relations with all neighbouring countries.

He said the governments, as well as people of Pakistan and Iran, were enjoying close bilateral trade relations.

Speaking on the occasion, Deputy Governor of Sistan-Baluchestan for Economic Affairs Coordination Mandana Zanganeh, who was leading the Iranian delegation, said that the meeting discussed difficulties faced by the traders of both countries in the bilateral trade and participants from Pakistan and Iran have given suggestions to resolve these issues.

“The meeting would prove fruitful for achieving the trade target fixed by both sides,” she said.

Ms Zanganeh said she was feeling great while visiting Quetta and enjoying the hospitality of the Pakistani officials and business leaders.

Both sides agreed to continue negotiations at government level.

The meeting decided to take steps for discouraging entry of illegal immigrants in Iran and stopping drug smuggling.

The committee decided that the difficulties and hurdles affecting the trade between Iran and Pakistan would be removed and in this regard committees would be set up which would work to enhance trade and economic relations.

Balochistan Customs Collector Abdul Waheed Marwat, who led the Pakistani side, said that as a result of fruitful meeting bilateral trade and economic cooperation would be further enhanced.

He said that the hurdles pointed out by both sides would be removed with mutual understanding and consultation.