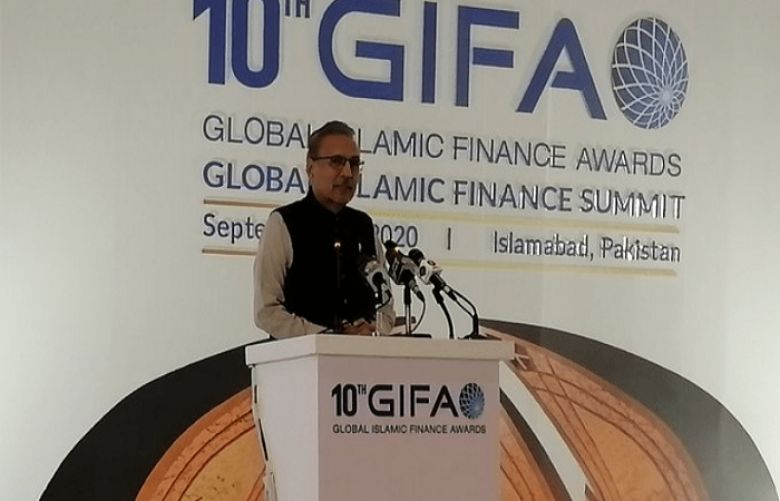 He also called for focusing on Islamic principles to prevent concentration of wealth in the society and eliminate exploitation by discouraging elitism.

Dr Alvi said Islamic finance contributed $2.7 trillion globally, however the size of the sector was much much less than conventional banking.

He appreciated that 17 per cent of Pakistan’s banks had turned to Shariah-compliant instruments and commended the role of the State Bank of Pakistan and Security Exchange Commission of Pakistan in this regard.

He stressed the need for raising public awareness about Islamic finance, particularly the spirit leading towards its positive impact on society due to far bigger scope than just being limited to money lending.

He said a justified profit-making and setting a suitable limit to avoid exploitation was a real challenge for banks.

President Alvi called for keeping in view the factors such as inflation while lending money to consumers, and mentioned the example of China which promoted white money through simplified system based on transparent scientific modules.