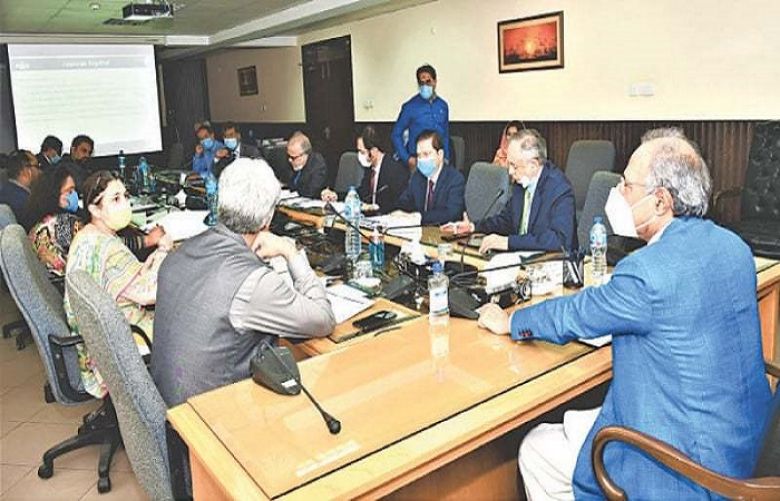 The Federal Board of Revenue (FBR) has introduced an advance sales tax registration verification mechanism to minimise chances of bogus and paper-based companies.

The FBR policy board — headed by its Chairman, Finance Adviser Dr Abdul Hafeez Shaikh — reviewed in detail the mechanism and other measures adopted so far to facilitate taxpayers.

FBR Chairman Javed Ghani informed the board that a technologically advanced sales tax registration verification mechanism is introduced whereby officers with tablets will be sent to capture real-time information and pictures including GPS coordinates of businesses requiring verification.

Details of data sharing arrangements agreed to by 12 other organisations with FBR were also discussed in the meeting.

Shaikh stressed on the need to establish a link between National Database Regulatory Authority and FBR for data sharing and analytics. He created a subgroup of members to point out and sort the difficulties that are hindering the progress in this regard.

This subgroup consists of Hammad Azhar, Dr Ishrat Hussain, Faiz Kamoka, FBR and Nadra chairpersons and will share its report with Shaikh in a week’s time.

The FBR has announced to soon launch the automated system for e-filing of appeals and is also in the process to automate the Commissioner IR (Appeals). This will enable taxpayers to e-file appeals against orders by income tax authorities on the Iris portal and also facilitate the Commissioner IR to efficiently dispose off the appeals using the same.

It will also minimise the physical contact with the taxpayer, facilitate filing of appeal, reduce the cost of doing so and ensure efficient service delivery with transparency. The taxpayer will be able to file appeals, application for condonation, rectification, stay and additional grounds.

Ghani briefed the adviser on measures taken and future course planned to improve skills and competence of its staff by providing different in-house and foreign trainings to improve managerial competence and adopt a culture of performance-based incentives including promotions.

Shaikh took a special notice of the difficulties traders are facing due to stoppage of containers at the Torkham Border. Member Customs Tariq Huda informed that necessary steps have been taken and the issue will be resolved within the coming weeks.

He was also updated that the steering committee on Pakistan Single Window has met four times and the decisions taken during the fourth meeting are mostly implemented. The PSW Bill 2020 has been introduced in the Parliament, modified PC-I has been approved by the Central Development Working Party, PSW Company has been incorporated and the hiring process for filling up the top positions has been initiated.

The adviser was informed that a development team is working to roll out the first phase of the PSW system in the current fiscal year and in this regard negotiations are underway with Nadra, SECP and 1LINK for information exchange.

The chairman gave approval for giving directives to ministries to finalise policy intervention by September 15 and appoint focal persons and, for modification of previous decision of the steering committee to allow hiring in PSW Company as per relevant law, rules and guidelines of the SECP.